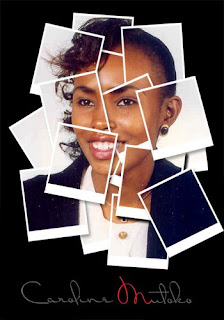 When the nation was getting to terms with news of Saitoti’s and Ojode’s death, a very unlikely person was making news on Facebook. Kiss 100’s Caroline Mutoko was for most part of yesterday on the receiving end for a Facebook status update. She chose probably not the best words to mourn the death of George Saitoti and Orwa Ojode. She wrote,

I didn’t know Prof. Saitoti or Hon. Ojode but I’m shocked & also sad. Given the narrative of what happened I really hope they didn’t have to suffer the fire in the helicopter. It is my prayer that they died quickly. May their souls rest in peace. My thoughts & prayers are with their families. This must be painfully shocking to them.

Most of her 65,000 Facebook fans either misunderstood her or chose not to understand her. Some accused her of ignorance for claiming not to know Saitoti, while others accused her of condoling the families by explaining how their relatives died. However, the main reason why that status update got more than 1000 comments was the fact that her fans started exchanging un-pleasantries. While defending Mutoko, many fans picked on ‘some people’s’ lack of understanding of simple grammar.

Caroline Mutoko was however not helping the situation. On a second status update about an hour later, she wrote.

Anybody daft enough not to understand that I am concerned about the pain and suffering of dying by fire should unfriend this page immediately. The only prayer one ever says for those they love and care about is a quiet & peaceful death.
That you don’t understand that this plane burst into flames. That death by burning is the most horrific & worst pain imaginable & that my prayer is that they didn’t suffer that ordeal, is sad.
I’m fed-up with having to explain the most basic of life concepts to simpletons Please leave. Click the button & be gone!!! I’d rather have 5 people who can think than 61 thousand idiots. How dare you turn a simple status on a simple matter into your usual idiotic rubbish.

That was quickly followed by another one

Ohh, before I go off and be with my guests and leave you to your devices. Another tiny clarification.
Seeing s’one on TV doesn’t mean you know them. I never met either man, talked to them personally or been in the same room. I can say with 100% certainty that I didn’t know them.
I’m not one to be pretentious & post an update that implies we were fast friends & close relatives. That’s disrespectful & daft at best.

Fans abandoned the first update en masse, and took to the new updates. This is where the veteran presenter received most of the criticism, mostly for allegedly calling her fans daft.

Yesterday was probably the one day Caroline Mutoko gained the most likes on her page. Her dare, that anyone was free to unlike the page worked like charm, to bring her more likes. Currently her page stands at 65,000 likes from about 62,000 a few hours ago.
© nairobiwire.com

Prophet Who Saw Saitoti’s Death Also Knows Kenya’s Next President. < Previous
Sauti Sol To Perform At Big Brother. Next >
Recommended stories you may like: