“They are sick, and I’m seeing people wailing”. 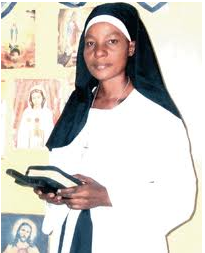 It was without a doubt the most shocking news in a long time. Prof. George Saitoti had died. Saitoti is a name Kenyans have heard from the 80’s. To the young people, Saitoti has been someone they’ve welcomed to their TV screens the whole of their life. To many young people, he was the first vice president they ever knew. He may not have been liked by everyone, but at least we all knew him and gave him a listen. His departure is the perfect representation of the proverbial ‘curtain has fallen’.
What most people do not know is that his death had been prophesied several months ago. On the Standard Newspaper issue of April 25th, they ran a story of this prophetess from Kariobangi South in Nairobi. Her name is Josephine Nyaboke. She is probably one of the most undocumented modern day prophets. According to her, most of her prophesies have come to pass.

“I prophesied the fall of Kanu way back in 1999; I foresaw a new government coming to power in the 2002 General Election. I even foresaw the disintegration of Narc long before the 2002 elections,” Nyaboke told Standard Reporter.

Among her other prophesies was the August 7,1998 bomb blast and the September 11, 2001, United States Terror Attack among many others.
When Standard decided to write of the interview with this prophetess, it was 2 months after the actual interview took place. That simply means that the interview was rejected by the editors and would have never seen the light of day, were it not for some later events.
During the interview, Nyaboke told Standard about a fall of a vocal cabinet minister (she gave them the name). The newspaper however refused to reveal the name. At the time, the reporters thought that the prophesy was far fetched and there is no way Kibaki would do that. The next reshuffle saw that minister moved from a very important ministry.
It was however the next prophesy that shocked the reporters. Nyaboke mentioned the impending death of two very prominent leaders. “They are sick, and I’m seeing people wailing”. Soon, Michuki and Njenga Karume died. Nyaboke was actually revealing the names to the Standard Reporter. If the Standard knew that the prophesy was wrong, there is no way they would have published the interview, since the date it was published was after the two had died.
Nyaboke went ahead and named two other leaders who would take the same road. (Probably Saitoti and Ojode), and several others before the end of the year.
And now to the bombshell, Nyaboke says God has showed her who is Kenya’s next president, she however refused to say the name. The president in waiting is however not going to have an easy walk to statehouse.
Concerning the election period, she said that she saw Kenyans carrying their belongings and leaving their homes, heading to unknown destinations. Her remedy for the impeding situation, PRAYER.
UPDATE:
Prophetess Nyaboke gave Standard another interview, and this time she has given real hints as to who is Kenya’s Next President. READ ABOUT THIS NEW DEVELOPMENT HERE!
© nairobiwire.com

Kim Kardashian Buys Kanye Rare Lamborghini Worth $750,000 < Previous
Why Was Caroline Mutoko Making Headlines On Facebook? Next >
Recommended stories you may like: