Where is my Skiza Money. 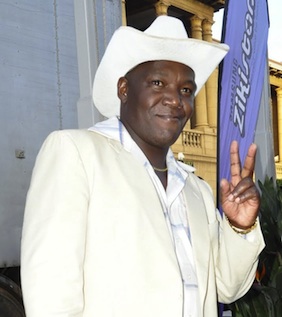 JB Maina, of ‘Mwanake’, the kikuyu song that has been remixed by Wyre, is suing Safaricom for distributing his music on Skiza without his approval. Jb says that neither Safaricom nor any other company has ever consulted him on the small matter of distributing his music.
He is waiting to be allocated a date by the Milimani commercial court.
Safaricom does not however deal with artistes directly, but has signed an agreement with MCSK licensed companies. The companies in question here are Interactive Media Services and Liberty Afrika. Safaricom claim they paid Liberty Afrika all that is due to JB Maina.
© nairobiwire.com
Bonny Khalwale On The Loose. < Previous
Mother Beats Up Her 8 month Old Child (VIDEO) Next >
Recommended stories you may like: