Bonny Khalwale On The Loose. 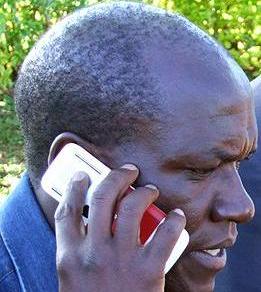 Bonny Khalwale has all along been Kenya’s watchman in parliament. He has always lead in the fight against corruption. His ruthlessness in dealing with corrupt ministers has earned him lots of respect. His bravery is undeniable. He brought down Kimunya with his trademark slogan “… Kimunya must go”. He then almost brought down William Ruto.
That was the Khalwale we all loved. However there is a new Khalwale on the loose. One who is driven by bitterness and personal vendetta. The tune of this man changed dramatically after the by election. As we all know, Raila was supporting Khalwale’s opponent and ODM’s candidate Bernard Shinali. Khalwale has never forgiven Raila for that.
The bull fighter defeated Shinali by about 3000 votes and that was enough for the new Khalwale to be born. He joined the same people he was initiating votes of no confidence against, since they were the enemies of Agwambo. After all, the enemy of my enemy is my friend. They have been together ever since and Khalwale has vowed that Raila will never see the inside of statehouse.
Recently, Khalwale found out that G7 would not erode Raila’s support in Western. So being an interested party he had to rethink his strategy. Flash forward to the present, we now have a very sellable western candidate in the name of Mudavadi and you guessed it right, Khalwale is his right hand man. There is absolutely nothing wrong in what Khalwale did, after all he is a politician and that’s what they do. He may not entirely believe in a Mudavadi presidency but if riding on the wave will land him a senator or governor position, its fine.
During the burial of Nairobi mayor’s father, Khalwale really disappointed me. His bitterness and need for revenge against the prime minister was clear when he took the mic. His declaration that a vote of no confidence against Mudavadi would be countered by a vote of no confidence against Raila, marked the beginning a Raila vs Mudavadi war. Khalwale’s failure to read the mood of a charged crowd and go ahead and brutally attack someone whose supporters were present among the crowd was sign that this man does not draw a line between politics and personal stuff. He seems to enjoy crisis and war. He is no different from Ngilu who refuses to shake her opponents hand.
In politics, there are 3 ways to make yourself a name. You either support someone and be his loudest supporter, like Duale to Ruto, or criticize someone and be his loudest critic, like Ruto to Raila, or be the lead in an issue of national interest, like Mututho to beer or Khalwale to corruption. Deviating from what gave you a name to reckon with is not always the wisest thing to do.
Khalwale is deviating from his purpose in this world to be critic in chief. It may come to leave him with an egg on his face.
The writer has requested his name be withheld.
The article does not represent the views of nairobiwire.com
© nairobiwire.com
Usain Bolt Releases New Song. Pathetic < Previous
Mwanake’s JB Maina Suing Safaricom For Skiza Money. Next >
Recommended stories you may like: