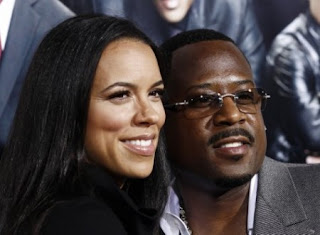 He has given us hit movie after hit movie, but it seems he is not having his family life smooth. Martin Lawrence has announced that he and his wife Shamicka are splitting after 2 years of marriage. The 2 have been officially married for 2 years, but they have been together for almost 20 years. They had dated for 15 years and even had 2 children, before they put pen on paper in 2010.
A representative of the couple said the 2 had “made the joint decision to part ways, but out of love and respect, will continue to remain friends and raise our 2 beautiful daughters together.”
The big momma star has another daughter with his ex wife, Patricia. Lawrence has just come out of a nationwide comedy tour and has filmed a comedy pilot for CBS.
© nairobiwire.com
Manchester United’s Nani Pops The Big Question To Longtime Girlfriend. < Previous
Sevilla Fans Throw Tennis Balls To Protest Against El Classico Favouritism. Next >
Recommended stories you may like: