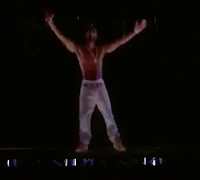 If you’ve not heard by now, Tupac is back, yes he has resurrected. The wonders of modern technology have brought back the iconic rapper back to life in form of a hologram. At the Coachella music festival in California, Tupac’s hologram performed a couple of his greatest hits and was at one point joined on stage by Snoop Dogg. The act has received nothing but praise from among others, Tupac’s mom. Its movement was so real and coordinated. The crowd went ‘gaga’ and even responded when Tupac asked them to. At the end of the performance, a bright light appeared and Tupac disappeared. It is claimed that some people in the crowd, were too intoxicated that they did not realize it was just a hologram.

Here is the video and its fricking awesome.
© nairobiwire.com
Sue of Nairobi Nights Quits Blogging. < Previous
Classic FM To Pay For Claiming Man Is HIV Positive. Next >
Recommended stories you may like: