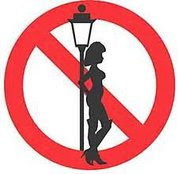 Popular, faceless blogger, Sue Maisha, of nairobinights.info has decided to quit blogging. Sue is a prostitute who, in her own words is building a brand. Her blog has fanatical following mainly because of the way she breaks down her sex stories. She is said to have turned down interviews with major news companies, among them BBC. She has however appeared on Aljazeera’s #The Stream, though on phone.
Sue has been explaining to loyal fans how the night business is run while also giving them her own adventures, named episodes.
On her blog, she wrote,
Yesterday was my last night on the Street. I am out of there completely. However I am not out of the sex business, at least for the next one month or so. As for the blog I will just finish answering the questions and do one final ‘behind the scenes’ post. Starting today I will reorganize/redesign the blog a little; make it much more ‘prettier’ or ‘uglier’ ; give some posts a permanent place and some more prominence.
… Too bad I won’t stick up to Episode 69 as I would have wished. Thanks all for reading, the comments, criticism , praise and all.
The disappointment in her fans was evident on the comments, many who swear they check in more than once a day to see if there is any new stuff.
This is her interview on #The Stream.
© nairobiwire.com
Ian Mugoya Dumped By Super Rich Girlfriend. < Previous
Fricking Awesome Tupac Hologram Performs. Next >
Recommended stories you may like: