The Controversial Marriage Bill Broken Down 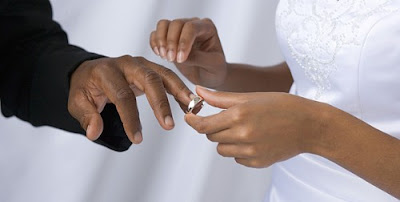 The marriage bill is back and this time with a bang. It is expected to be tabled in Parliament this week, and hopefully it will become law.

Should it become law, we will see some drastic changes in the way things are done. For instance, if you promise your boyfriend/girlfriend marriage, you’ll have to deliver or else you’ll pay a fine.

Should it pass, you can only convert your marriage from potentially polygamous to polygamous after consultation and consent of your spouse.

1. A marriage may be converted from being a potentially polygamous marriage to a monogamous marriage if each spouse voluntarily declares the intent to make such a conversion.

That means that even though your religion allows polygamy, your first wife must approve the undertaking.
It is important to note that the bill categorically states that Christian, Hindu and Civil marriages are monogamous. So, even if your wife consents, you cannot go marrying a second wife unless you’re a muslim, or got married under customary law.

Other points to note on this.

A person shall not marry

(b) the grandparent, parent, child or grandchild of that person’s spouse or former spouse;

(c) the grandparent, parent, child or grandchild of that person’s former spouse;

(e) any other person where such marriages is prohibited under customary law.

Some other issues included in the marriage bill are:

– The parties to a civil marriage may agree to live apart for one year and any such agreement shall be valid and enforceable, and shall be filed with the Court.

– A person who fails to register a marriage commits an offence and shall upon conviction be liable to a fine not exceeding five thousand shillings or to a community service order or to both.

Meaning, no ‘come we stay’ marriages.

Grounds for dissolution of a christian marriage

(a) one or more acts of adultery committed by the other party;

(b) cruelty, whether mental or physical, inflicted by the other party on the petitioner or on the children, if any, of the marriage; or

(c) desertion by either party for at least three years immediately preceding the date of presentation of the petition.

It will also be illegal to fail to honour a marriage promise.

(1) Any person who, in a notice of intention to marry under section 19 or notice of objection to an intended marriage under section 21, makes a false statement commits an offence and shall on conviction be liable to imprisonment for a term not exceeding five years or fine not exceeding one million shillings or to both.

No one will force you to live together as husband and wife.


No proceedings may be brought to compel one spouse to cohabit with the other, but a spouse who alleges that he or she has been deserted may refer the matter to a conciliatory body.


And you cannot go denying your husband or wife conjugal rights. The court will restore them.

Loading...
Churchill Show’s Chipukeezy Asks President Uhuru For His Daughter Ngina’s Hand in Marriage < Previous
Photos – The Luxury Cars of Equatorial Guinea President’s Son… A Motorcade of Supercars Next >
Recommended stories you may like: