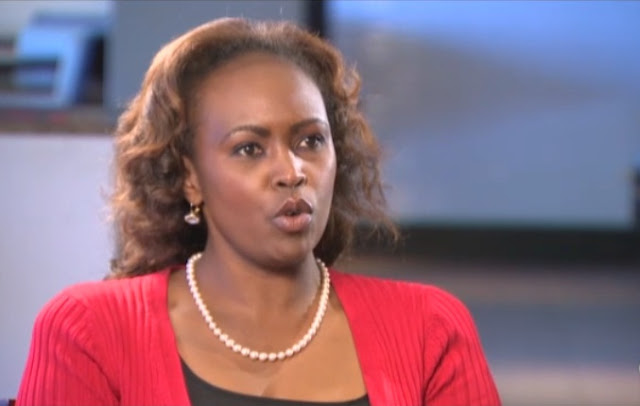 Kiss 100 radio presenter Caroline Mutoko is reported to have filed an official complaint, asking the police to investigate some anonymous bloggers who linked her to the death of Senator Mutula Kilonzo.
It all started after Sunday Nation carried a story claiming that there was a mystery visitor in Mutula’s home at the time of his death. Some popular blogs took up the story alleging that Mutoko could have been that mystery fifth person.
Though the reports were mere speculation, enough damage had been done and the story went viral.

The radio personality promised to sue, and last week, she filed a complaint with the Cyber Crime Unit of the CID, asking for the websites to be investigated and criminal prosecutions launched against them. She said the attempt by un- known bloggers to link her to Mutula’s death was a blatant lie calculated to injure and bring her into disrepute.

“I did not visit the deceased, I have never been to his home in my entire life, nor was I anywhere near his residence at any time as reported. This is an underhand attempt to damage my career which has taken me over 15 years to build and to undermine my international reputation,” she said. Mutoko said she was in the office until 4pm on Friday April 28, went home to collect her daughter, proceeded to ABC place, and then spent all night at home.

“This can be confirmed by the neighborhood security and every member of my house- hold,” she said. On Saturday April 19, she got the news of Mutula’s death while at a birthday party at a friend’s house with her daughter. She then visited a colleague’s father at MP Shah Hospital for most of Saturday afternoon.
“It is ridiculous that cyber terrorists and criminals are allowed free reign in Kenya. It is time for the CID and the Communications Commission of Kenya to ban and block domains and registry companies that abuse the laws of libel and common decency.
To fabricate such a ridiculously blatant lie to hurt Mutula’s family and my image is the height of cruelty, insensitivity and madness,” Mutoko said.

Loading...
Photo – Mohammed Ali (Jicho Pevu) Hanging Out With AG Githu Muigai < Previous
Kanye West Takes Blasphemy To A Whole New Level With His New Album ‘Yeezus’ Next >
Recommended stories you may like:

Oparanya Not Ditching ODM But Open to Working with DP Ruto
Loading...
The Latest