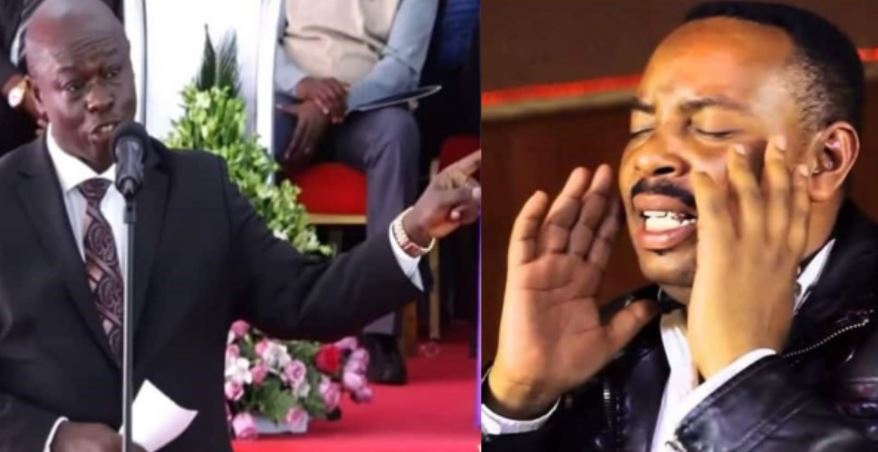 Riggy G has chosen violence, it seems! The Deputy President has been firing shots at anyone who looks his way and he has not been mincing his words.

Samidoh’s matter was personal in nature as Riggy G told him to put his house in order. While Ben Githae got a telling-off for his political dalliance with the Raila Odinga-led Azimio la Umoja One Kenya Alliance coalition.

“You promised Raila a mountain that you did not have,” Gachagua chided Ben Githae during the burial of Pauline Nyokabi, sister to Trade Cabinet Secretary Moses Kuria.

“When things were tough for us, all the musicians, save for a few, abandoned us and started campaigning for Azimio and Mr Odinga,” he added.

DP Gachagua told Githae he should apologise to Mt Kenya people for campaigning for Raila.

“Your job is to listen to the people and sing what they want. Then you will be in business.

“Especially you Githae…you have to apologise to these people…you lied to Mr Odinga that there was a mountain you could deliver to him…The mountain is ours and we are its dwellers,” the DP said.

Riggy G mentioned that musicians Ngaruiya Junior and Muigai wa Njoroge were the only Kikuyu artistes who supported William Ruto. He noted that Ngaruiya has since landed a State job for his loyalty.

“Ngaruiya Junior and Muigai wa Njoroge were the only musicians who remained loyal to their community as others joined Azimio for money,” Gachagua said.

The DP further taunted Ben Githae as he directed Ngaruiya to arrange a meeting with him at his State House office.

At the same event, Ben Githae got a chance to address the audience and pledged allegiance to President Ruto and his Kenya Kwanza administration.

The musician asked DP Gachagua to meet Mt Kenya musicians for dialogue while promising to work with the ruling government.

“Riggy G, you called all Jubilee MPs for dialogue. Please also call us who abandoned you so we can talk to you. We have good news for Mlima Kenya and will not be divided again,” said Ben Githae. 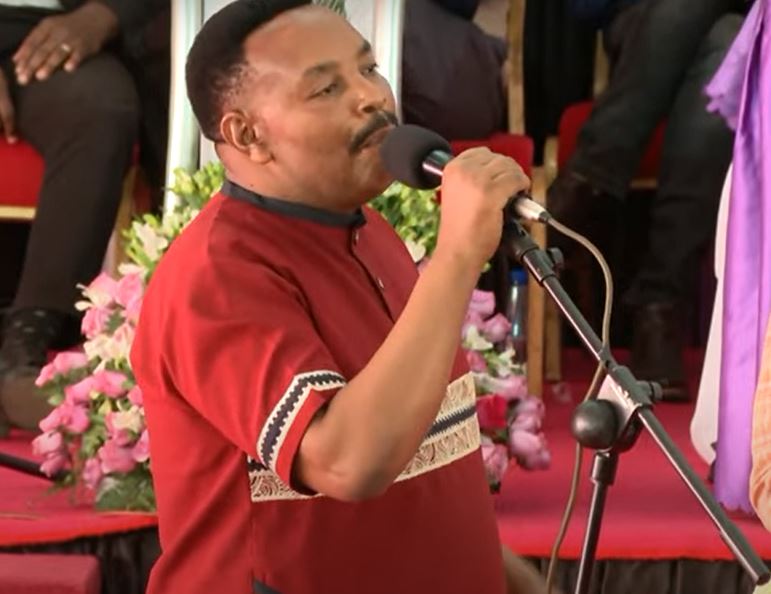 “Mobile phone service providers were in 2009 paying us 7.5 per cent of gains in our musical copyrights. The figure increased to 16 per cent in 2012. When we met Mr Odinga in 2021, the percentage rose to 52 per cent. My association with Azimio and Mr Odinga brought my fellow musicians more earnings,” he explained.

Githae said when he and some musicians met Raila and Royal Media Services owner SK Macharia on July 17, 2021, for the Skiza tune negotiations, “things moved fast”.

“Odinga gave us Gladys Wanga (now Homa Bay governor) to mobilise parliamentarians within the ‘handshake’ formation to make it law that the percentage be increased. And it was done. I cannot regret singing during his campaign rallies,” Ben Githae said.

Chebukati: How Tuju, Amos Wako Interrupted My Nap and Offered Us A Reward < Previous
The Trending Memes and Tweets This Wednesday Next >
Recommended stories you may like: