DP Gachagua To Ruto: ‘Leave Raila To Me…Nobody Will Touch You’ 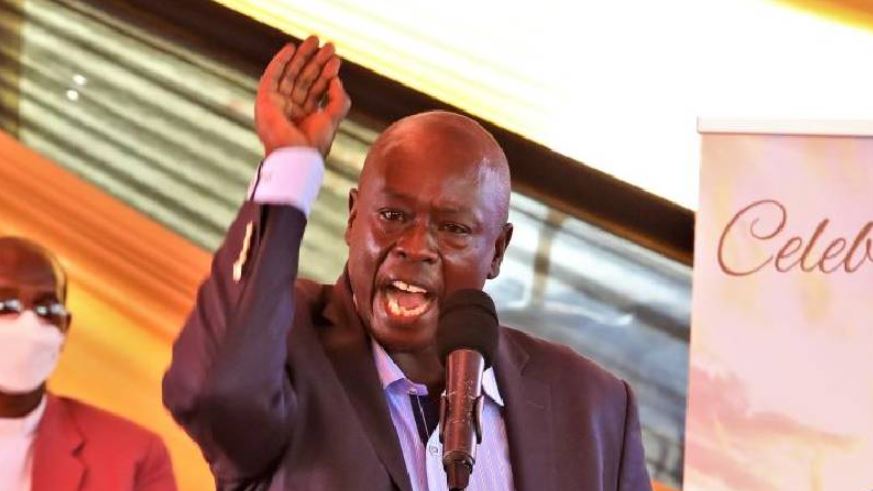 Led by the Azimio la Umoja leader, members of the opposition have been citing an expose by an IEBC whistleblower that claims Raila won the polls with 8,170,355 votes against Ruto’s 5,919,973 votes.

Speaking at a church service at Kerugoya Stadium, Kirinyaga County on Sunday, DP Gachagua accused Raila of interfering with the running of the government.

According to the DP, Raila is trying to sell fear and should leavePresident Ruto to deliver on his mandate.

“With these claims you are making, we know you. You want to sell fear to us so that we call you. Do not sell fear to our president. I want to tell you please, go look for those who supported you and leave our president alone. The president is busy and he has work to do,” he said.

“You have gone to look for a foreigner called Jeffrey Smith and he now has a contract with you and you tell us that he is whistleblowing. What you are doing is what you have done all the years,” he said.

“You destroyed the Moi government in 1997….in 2007 you came with nusu mkate…. in 2013 you tried and failed….. in 2017 you instilled fear in Uhuru and he called you for handshake and destroyed government,” the DP alleged.

Gachagua urged President Ruto to keep serving Kenyans and leave Raila to him, saying it is his duty to protect his leadership.

“I urge you Mr. President, on behalf of those helping you. Leave this man to us you step aside and focus on the economy and developments. But with this man, leave him to us. We know him. One of my duties is to protect his (Ruto’s) leadership and nobody will touch him,” he said.

“I am the real Mau Mau for Raila…give us a week or so we deal with them and then comeback to work for the coffee and tea for our farmers,” he said.

Meanwhile, Raila is set to hold a public rally at the Kamukunji Grounds today(Monday, January 23) to address the whistleblower’s account of the 2022 polls.

Hilarious Memes Going Viral on Social Media This Monday < Previous
Ruto To Raila: ‘Plan Demonstrations As Much As You Want’ Next >
Recommended stories you may like: