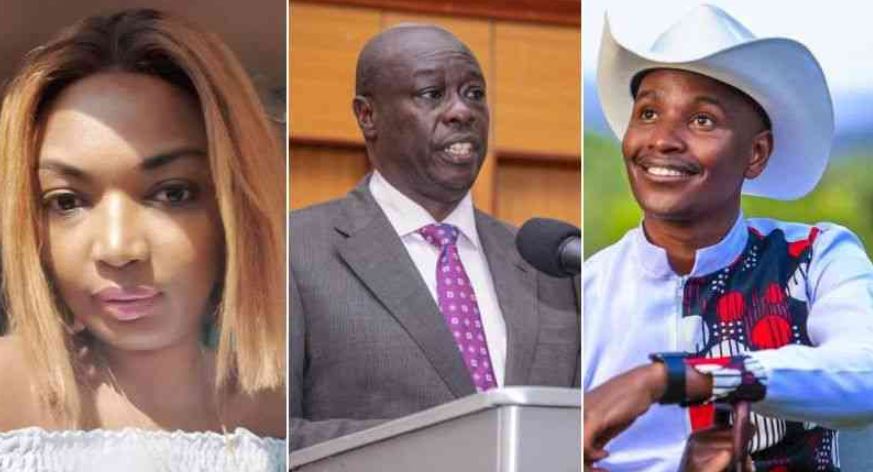 Deputy President Rigathi Gachagua has told Mugithi music sensation Samidoh to get his house in order lest the government takes disciplinary action against him.

Samidoh grabbed headlines last month after he was caught in the middle of an altercation between his baby mama, nominated Senator Karen Nyamu, and his wife at a club in Dubai.

Nyamu has since appeared before the United Democratic Alliance (UDA) party Disciplinary Committee to defend herself over the incident. The committee allowed her more time to respond, with the matter now scheduled for a hearing on February 24, 2023.

Riggy G said he would have a sit down with the musician who doubles up as a police officer. He further warned Samidoh that should he fail to get his house in order, he will be barred from going on tour outside the country.

The DP was speaking in Gatundu during the burial of Pauline Nyokabi, sister to Trade Cabinet Secretary Moses Kuria.

All The Trending Memes and Tweets Today < Previous
Embakasi Cop Locked Teen Girl in His House and Defiled Her: Police Report Next >
Recommended stories you may like: