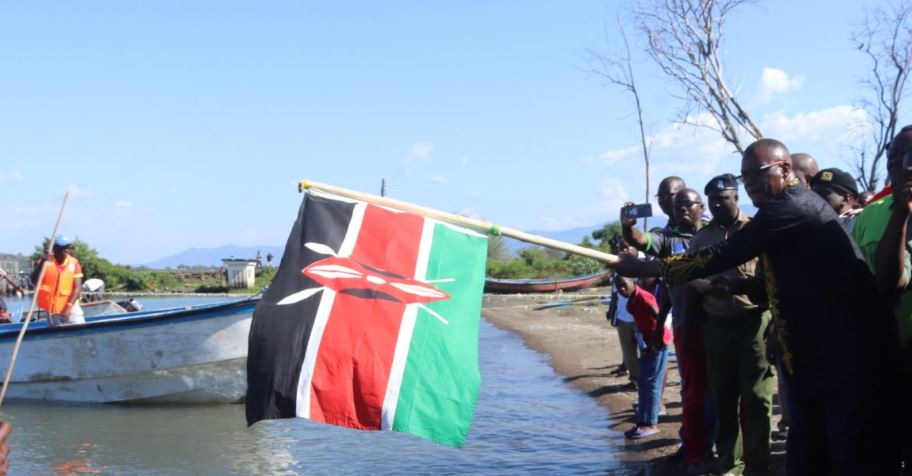 Poor internet connectivity in remote villages in the country will soon be addressed in order to spur economic growth across the country, Information, Communications and the Digital Economy Cabinet Secretary Eliud Owalo has said.

CS Owalo said the government will equip schools with computers to enhance connectivity.

The CS said the communities neighboring schools will then access the Internet through Wi-Fi, noting that the programme will have long-term benefits of creating online jobs for youths, while easing transaction of businesses.

The CS challenged youths to take advantage of the initiative to create employment opportunities for themselves.

“We are putting modalities in place to install information technology equipment in all schools and avail internet connectivity, which will also benefit adjacent homes,” he said, adding that communities will benefit from the free internet via their phones and laptops.

Speaking in Mfangano islands, Homa Bay County when he was distributing relief food, Owalo said the government was committed to addressing high unemployment rates in the country.

“We are in a digital era and white-collar jobs are scarce. Another option of putting food on the table is doing online jobs,” he said.

Among remote areas set to benefit from this program are islands in Lake Victoria, where communication is a challenge because of difficulties in setting up communication masts, which must be transported using water vessels.

Residents of Mfangano Island said they faced poor network challenges across all the major service providers like Safaricom and Airtel and appealed to the government to intervene.

He presented a memorandum containing their plight to the CS, which included an appeal to have more members of the Suba community included in the Kenya Kwanza government.

Owalo promised to engage the Telecommunication companies including Safaricom and Airtel to work on their network systems across islands in the lake.

“Besides network, the islands will benefit from a computer hub, where residents can access government opportunities online,” he said.

He said he will work with all leaders from both the county and national government to ensure better lives for the people.

“President Dr. William Ruto’s government will ensure every part of this country is developed regardless of the voting pattern. Let us shun raw politics and embrace development,” Owalo said.

He outlined a number of development projects that the current government had for the Nyanza region, citing the upcoming fish processing plant, leather industry and affordable housing.

He urged the residents to work closely with the head of state by supporting his development initiatives.

“We are also putting in place measures to enhance the long term solution to food security in the country. The measures include provision of quick maturing seeds and subsidized fertilizer,” said Owalo, noting that the cost of fertilizer had been reduced from Sh6000 to Sh3500 per bag to enhance food security.

On relief food, Owalo said it was meant for vulnerable families affected by famine and warned against diversion of the same.

The CS said time for politicking had come to an end hence everybody should focus on development. He challenged residents of Nyanza to reciprocate government goodies to the region by working closely with the Kenya Kwanza Government.

Omondi, Osele, Owidi and Ogindo told residents to shun politicians who were engaged in divisive politics.

“Nobody should cheat you that the relief food distribution is useless. There are a number of families whose lives will by changed with the foodstuffs,” Osele said.

Owidi challenged those who are opposing the relief food distribution saying they lack alternative for solving residents’ problems.

“We want everybody to co-operate with the government to enhance implementation of development projects,” Owidi said.

Cop Arrested For Robbing Machakos University Students < Previous
What Atwoli and President Ruto Joked About During State House Visit Next >
Recommended stories you may like: