Rutonomics: What the President can learn from Kenyatta’s Mistakes 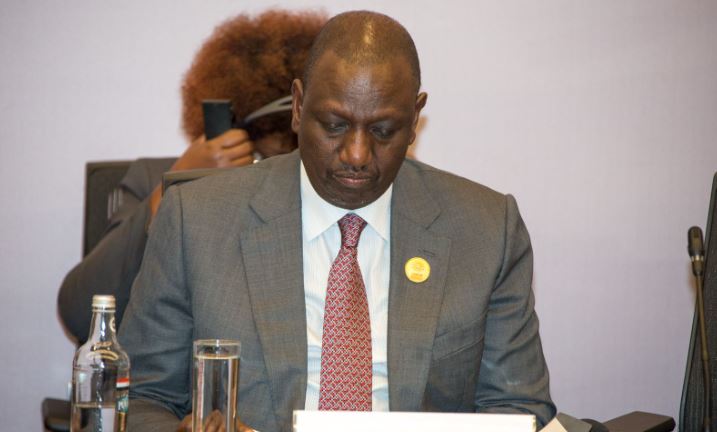 During the campaign period, President Ruto made all kinds of promises to Kenyans, from the ‘free’ hustler fund to the huge investments in the agricultural sector.

These promises were meant to do two things, take advantage of the weaknesses of retired President Kenyatta’s economics and to appease voters, who at the time, were suffering from the deteriorating local and global economy.

More than one month into his presidency, Ruto has attempted to fulfill these promises and in some instances had to make drastic changes to his earlier policy directions.

For instance, he has reviewed the hustler fund-stating the fund will not be interest free as earlier communicated- and decided to borrow concessionary to offset loans taken locally, which are a bit expensive.

Whereas some of these changes are necessary, some of them point to a blind spot in the President’s leadership style; he has not learnt from the past, and is therefore doomed to repeat it.

Moreover, he seems not to have properly understood why he won the elections. Consequently, he is making the same moves that caused President Kenyatta his influence in the larger Mt Kenya region.

President Ruto needs to understand he won the elections mainly because of the deteriorating economy, and not necessarily because of his political genius and exceptional abilities.

Many Kenyans were unsettled with the poor state of the economy.

It did not matter whether it was a local or global problem; Kenyans were tired of high food and fuel prices, unemployment rates, low incomes, among other factors associated with the Kenyattanomics.

Surprisingly, early policy directions, either by his cabinet secretaries or by himself, indicate his government has not learnt from the past, and is likely to repeat it.

For instance, the president has decided to increase NHIF and NSSF monthly contributions to boost the country’s savings.

Whereas the idea is brilliant, it is way ahead of its time like most of the other communications coming from the government.

Moreover, the cost of power has also increased. Kenyans have noticed that almost 60% of money used to buy electricity tokens is being channeled towards various types of taxes.

Therefore, power seems to be getting more expensive and so is the prices of commodities. In most cases, cost of power is directly proportional to the cost of production; production costs have a similar relationship to commodity prices.

Therefore, most commodities still continue to be unaffordable to low income Kenyans.

Also, the drought situation in the country has not subsidized completely even though the rains are here with us.

In some areas like Gatundu, Kenyans are starving and dependent on relief food. The situation is worst in the Northern part of the country, where pastoralists are selling their cattle for as low as KSH 350 shillings because of their conditions.

Although there is hope the rains will end the drought, it will not happen immediately.

The seeds the farmers have planted are yet to grow, and so food prices are yet to come down as indicated by the price of a 2kg maize flour.

This policy direction was met by all kinds of uproar from Kenyans, who are largely dependent on government funding and with good reason.

Without it, the cost of getting an education would skyrocket. For instance, one of the local dailies established students who currently pay KSH 15000 per year would now be required to pay more than KSH 200, 000 annually.

To a significant number, it would mean dropping out from school.

In the same breadth, the president put an end to the Kazi Mtaani program, terming it degrading.

Instead, he directed that the beneficiaries of the program, which retired President Kenyatta used to cushion Kenyans against the effects of the COVID 19 pandemic, would now be employed in the affordable housing project the former president started.

Of course, transition from the Kazi Mtaani to the housing project will be very challenging from most young people, especially because it is not large enough to accommodate all of them.

So, it is highly likely most of them will not make it. Essentially, they will have to do without the little funds they were making in the Kazi Mtaani program.

These policy directions are an indication the president has not learnt anything from his predecessor.

In fact, he is making the same mistake Kenyatta did, and will likely suffer the same fate if he is not careful. First and foremost, President Kenyatta chose to do many projects at once, instead of concentrating on one and doing it excellently.

Of course, carrying out all these projects put a strain in the country’s budget, and it was not until towards the end of his term that he decided to narrow down to infrastructural development, which he excelled at.

By choosing to pursue affordable housing, agriculture, paying off debt, and completing infrastructural development, such as expanding the SGR to Kisumu, the president will most likely fall into the same trap.

Moreover, the president might also find himself alienated from the people. Although President Kenyatta did an excellent job in developing infrastructure, he failed to align with the pains and struggles of the people.

For instance, he did not foresee the rising food and electricity prices, low unemployment rates, and deteriorating agriculture in terms of tea and milk earnings.

Consequently, the country found itself in a situation where it was developing, while the living conditions of most Kenyans was worsening.

Ruto, sensing the discontent, created the bottom-up economic model, which he promised would be people centered.

It is therefore, very surprising to see his government making communications that will most likely result to the same situation.

For instance, unemployment is still high, the cost of living is also relatively high, income per capita has also not improved, but the president is increasing taxes, government deductions, removing subsidies, government funding in education, and loaning Kenyans money at high interest rates, and removing the few employment opportunities Kenyans had in the Kazi Mtaani program.

All these changes are too drastic too soon.

The president should have waited for the economy to stabilize before making some of these directions. It does not make sense to add taxes and government deductions to individuals who are already struggling to survive.

Also, it does not make sense to remove government funding when people are struggling to pay the already subsidized fees.

Also, it does not make sense to carry on with some of these infrastructural projects while the country is struggling to meet its financial obligations.

For instance, the infamous Eurobond is due in 2024 among other annual interest payments, such as the Chinese SGR loan.

If the president continues with this trajectory, he might find himself alienated from the people, and consequently suffer the same fate President Kenyatta suffered.

He must realize he won the elections because of the disconnect between the country’s development and high cost of living.

Therefore, he should learn from his predecessor and take a different path; first, reduce unemployment, inflation, and increase median income; then, he can demand more savings, taxes, and responsibilities from Kenyans.

Not the other way round.