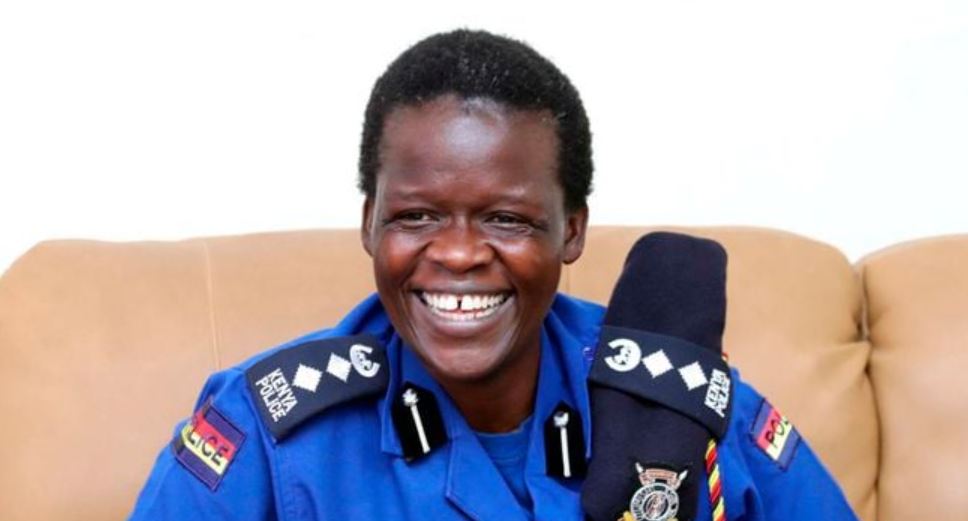 In the changes announced Tuesday, Dr Onyango takes over from Bruno Shioso who has been promoted to Commandant of the National Police Training Campus in Kiganjo.

Before her promotion, the new police spokesperson was serving as the Deputy Director of Planning at the Office of the Inspector General of Police.

She grabbed headlines last year when she became the first woman police officer to acquire a PhD in the NPS’s history.

Dr Onyango, a Senior Superintendent, holds a Master of Science degree in Criminology from the University of Pennsylvania, USA which she earned in 2021 through a scholarship.

She joined the police service in 2003 after she was named the best female recruit during her graduation from the training Campus in Kiganjo.

Dr Onyango also previously worked as a Criminal Intelligence officer with Interpol at the regional bureau of East Africa.

Elsewhere, Central Regional Police Commander Manaseh Musyoka has been moved to Nairobi region in the same capacity, replacing James Mugera who has since retired from the service.

Lydia Ligami has replaced Musyoka in Central as Paul Langat heads to Western region as the Commander to take over from Peris Muthoni, also retired.

Catherine Mugwe is the Staff Officer training at the Police Headquarters.

Police say the changes will help boost service delivery in the security sector.

How Japhet Koome Intends To Fight Corruption in Police Service < Previous
Rutonomics: What the President can learn from Kenyatta’s Mistakes Next >
Recommended stories you may like: