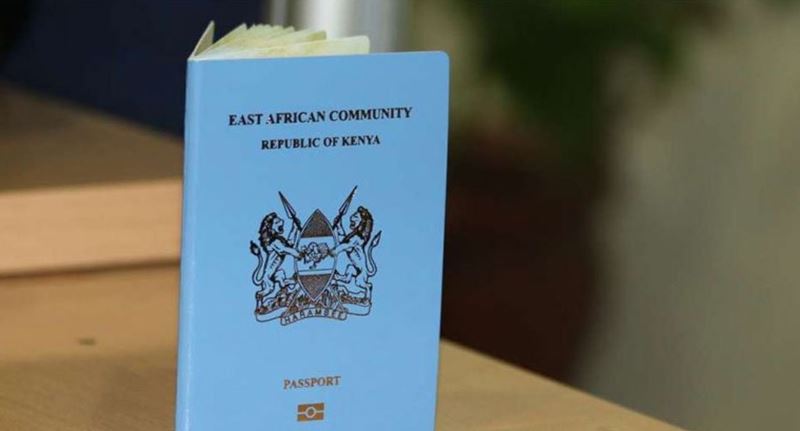 The immigration department has disclosed why Kenyans seeking new e-passports will have to wait longer to receive the document.

This comes as some Kenyans in the diaspora have been forced to cancel plans to travel home this holiday despite applying for the new passport ahead of the November 30 deadline.

The new-generation passport application process has been pushed to next year meaning travellers who will not have changed their passports by end of November cannot travel.

“They have booked me for processing my application till January next year but the deadline is at end of this month, so technically, it means I cannot travel. It means all the beautiful plans we have for holidaying in Kenya have gone up in smoke. It means I may wait another year to see my family and all the money I saved has been rendered useless,” said Jane Njoroge who has waited for nearly three years to return home from the US.

The Immigration department now says it is short of funds and needs upto Sh150 million to purchase booklets for printing passports.

“We are appealing to Senate committee to help push the National Treasury to release the funds so that critical service delivery can be offered,” said Immigration and Citizen Services Director-General Alexander Muteshi.

Muteshi noted that despite collecting about Sh12billion annually in revenue, the department is cash-starved and does not even have funds to purchase new printers as well as pay its staff.

The department wants the National Treasury to allocate Sh300 million to digitise all its processes and services but only half of the amount has been disbursed.

“If we buy new and modern printers, we will be able to reduce the backlog by printing 10,000 passports per day. But as it stands now, we are only able to print 1,500 passports a day using the old printers,” he said.

Woman, 62, And Son, 34, Die By Suicide in Kinangop < Previous
Linturi Quashes Moses Kuria’s Maize Ultimatum To Farmers Next >
Recommended stories you may like: