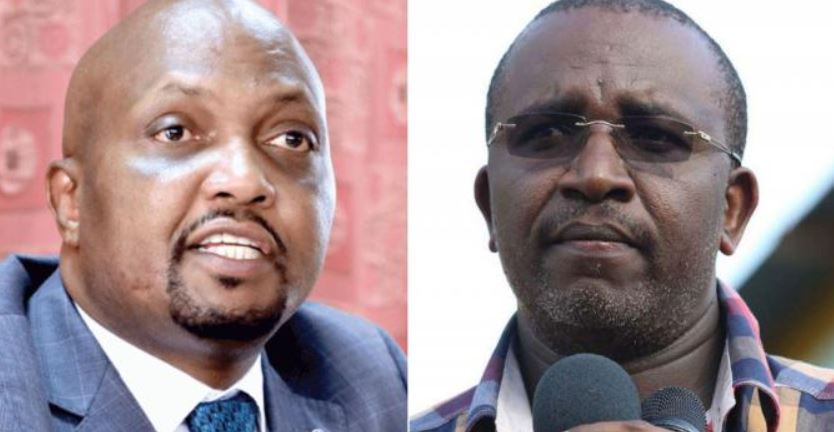 Agriculture Cabinet Secretary Mithika Linturi has assured maize farmers that the government will not force them to sell their produce.

This after Trade CS Moses Kuria last week gave the farmers 72 hours to sell their maize to millers or compete with 10 million bags of imported maize to be released into the market to ease food shortage.

“Those who have maize and don’t want to release it, it is up to them. On Tuesday (November 22) we will have a Cabinet meeting and if we are given a way forward, we will do the necessary on the importation and so you have like 72 hours to release the maize,” said Kuria.

But speaking on Monday, CS Linturi told farmers that no one has the authority to force them to sell their produce.

“You are free to sell your maize any time you wish without anyone giving you a timeline. What you should know is that when selling you should spare some stock for your own consumption,” he said.

“I ask farmers, those who have surplus, don’t sell everything until you have nothing to eat. I assure the country that we are working day and night to ensure there is food in the country. Not just food, but food with the right nutritional content. We will ensure the cost of food is brought down., and I’ll go out of my way to make sure that happens,” added Linturi.

The CS at the same time contradicted Moses Kuria regarding the importation of GMO maize. Linturi said he was not aware of any plans to ship into the country genetically modified corn.

“I am the custodian of the ministry and I’m not ready to answer to what is being reported in social media. Hold your horses because I want to give you a position that I am ready to defend. I will give a more comprehensive report on the national food status at a later date when I have all the data. Relax, you will have food,” he said.

Immigration Department Explains Passports Delay < Previous
Govt Challenged To Set Up Roadside Amenities On Major Highways Next >
Recommended stories you may like: