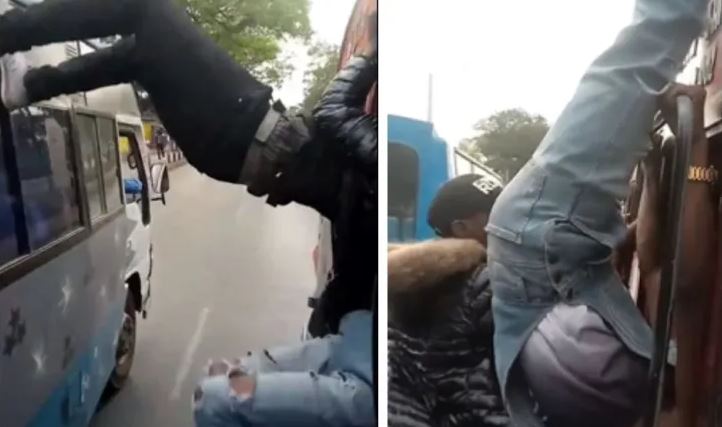 A PSV driver and a tout captured on a viral video hanging dangerously on the door of a matatu were Tuesday arraigned at the Makadar Law courts.

The Umoinner Sacco crew  – Driver Evans Muchemi and Conductor Leonard Katana – were charged with various counts of failing to wear a uniform, reckless driving, driving a poorly serviced vehicle, riding in a dangerous position and failing to exhibit most recent photo of the driver.

Mutemi pleaded not guilty to reckless driving, failing to exhibit a recent photograph of driver and driving a poorly serviced vehicle and failing to comply with road safety measures.

He, however, pleaded guilty to failing to wear Public Service Vehicle Uniform as required by law.

The Matatu tout on the other hand pleaded guilty to three charges against him and was fined Sh10,000 for each count.

Following a video that went viral on social media depicting two bus conductors dangerously displaying acrobatic antics on a moving public service vehicle, we wish to inform the public that the suspects including the bus driver have since been arrested and are in custody pic.twitter.com/Xf84kl0Cdh