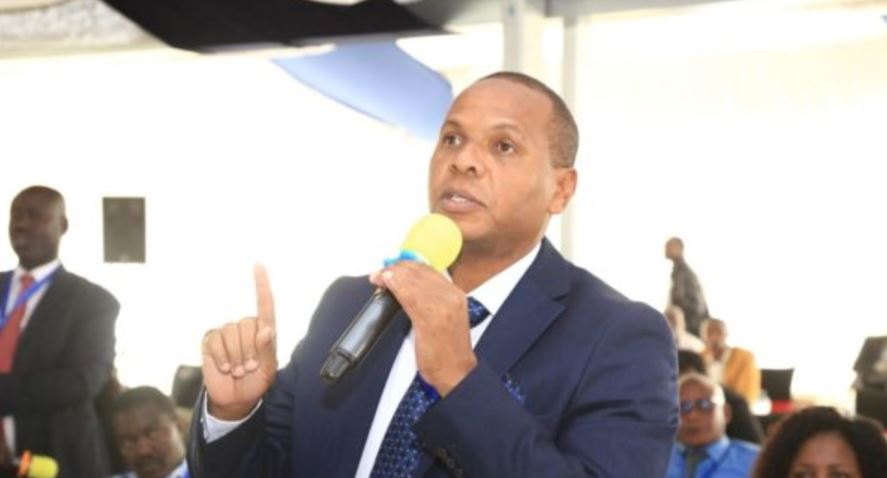 Tana River Senator Danson Mungatana has testified in a case where a foreigner allegedly conned him out of Ksh76 million.

Appearing before Nairobi trial magistrate Ben Mark on Thursday, Mungatana said Chad national Abdulahi Tamba Kuro lured him with a get-rich-quick scheme pretending that he would help the lawmaker invest his money.

Mungatana said he met Tamba through one Mohammed Amin.

He testified that he first “invested” Ksh500,000 which the accused doubled and returned to Mungatana after six months.

Believing that Tamba was an honest man, Mungatana “invested” a further Ksh5 million and got Ksh10 million in return.

“I was very happy when I was told there was another opportunity to invest. He asked me if I had money I told him nope, he asked me to look for money, he said the opportunity is for around Ksh5 million,” said Mungatana.

“I looked for the money from friends and relatives, he had said I will be paid double the amount and after six months the accused person, true to his words gave me back 10 million shillings. And all these transactions were in cash.”

The third time Senator Mungatana went all in; he sold his properties, shares, took loans and mortgaged his prized home in Karen.

“I never suspected that it would go wrong because the accused inspires you with confidence when you go to his place you will see many vehicles his apartment is Richly serviced with men watching over him, he’s been treated like a king and will never think that anything would go wrong,” Mungatana said.

“I believed him and I started looking for that money. I sold properties that were in my name, I sold shares that were in my name and my late wife’s name, we had cars that had log books we went to the banks and your honour we took short-term loans. I had a home in Karen with seven rooms and at that time I was an MP it was the biggest investment I had made it was Ksh70 million and I took a mortgage,” he added.

Mungatana mentioned that his late wife died without knowing the truth about their Karen home.

“I lost everything. After borrowing all the wealth I had accumulated and everytime I’d sell I’d convert into dollars and take the cash to that man. He made a mockery of my own savings.”

Mungata “invested” 1 million dollars with the accused, who then disappeared from 2011 until he was arrested in 2018.

“These foreigners are conning a lot of Kenyans. Everything that I did and the business of law firm they took all my money….he should have been charged alongside his sons, he’s the main one who was taking the money. He works with his son and other people,” Mungatana told magistrate Ben Mark.

The case was adjourned until November 3rd, 2022.

Everything Trending in Nairobi This Friday < Previous
Rachel Mbuki Trashes Vera Sidika for Getting “illegal butt injections in a hotel room” Next >
Recommended stories you may like: