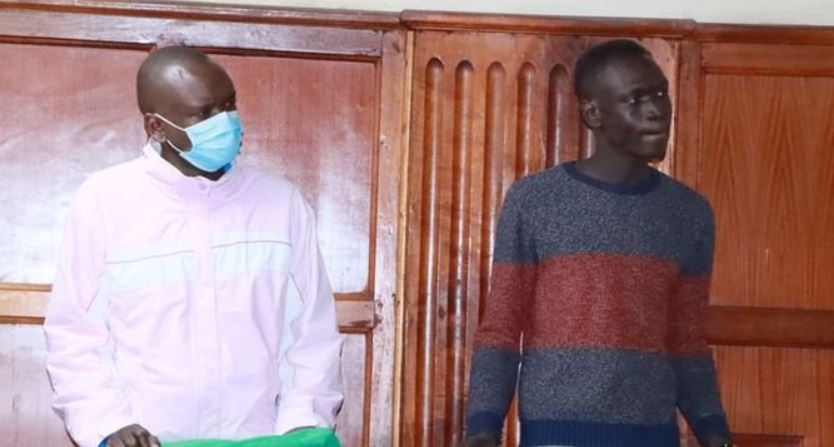 Two men accused of violently robbing a cab driver six years ago have been sentenced to 30 years in prison.

Kennedy Karanja Mungai and Antony Ekai Mwaiti attacked Simon Michael Kanyi after hiring him on March 3, 2016, to drive them from Hilton Hotel to Ole Sereni hotel on Mombasa Road in Nairobi.

The duo requested that he takes the Southern bypass and he obliged.

Along the way, the two asked Kanyi to slow down on the pretext of answering a call of nature. Karanja then threw a manila rope around Kanyi’s neck while Ekhai drew a knife from his pocket and threatened to kill him if he did not comply.

To show he was serious, Ekhai cut Kanyi’s fingers, the court heard.

Karanja then opened the driver’s door and forcefully pulled Kanyi out. They then tied his legs and hands with the manila rope before dumping him on top of a sewage manhole.

Incidentally, the robbers were arrested on the same day after the vehicle ran out of fuel at the junction of Muthaiga and Limuru roads.

Police caught them as they were waiting for a bodaboda rider to bring them fuel.

In his ruling, Milimani Senior Principal Magistrate Bernard Ochoi said the prosecution, led by James Gachoka, produced tangible evidence that placed the two armed robbers at the scene of the crime.

The convicts pleaded for mercy, but the magistrate ruled: “the robbers committed a life-threatening crime and cared less what would befall the victim whom they left at the mercy of fate.”

Chicken Thieves in Vihiga Prepare Meal in Owner’s Home, Steal 13 More < Previous
Lillian Muli Opens Up on Negative Side of the Media Industry, “I Have Learned from my Mistakes” Next >
Recommended stories you may like: