Ferdinand Omanyala: I Have Male Admirers in my DMs

Kenya’s superstar sprinter Ferdinand Omanyala says he is a man on demand from the ladies as well as men.

The athlete was talking in a radio interview about his relationship with Laventa Amutavi. When asked if she was under pressure that Omanyala would elope with another woman, Laventa said it depends on how willing a man wants to protect their relationship.

Omanyala admitted he gets advances but does not act on them as a matter of principle.

“People including men come to my DM wanting to have a relationship with me. But I have to be principled. They never knew me before fame, so tricky kidogo,” he said.

Omanyala and Laventa have enjoyed a blissful six-year relationship; they first met at a sports event. 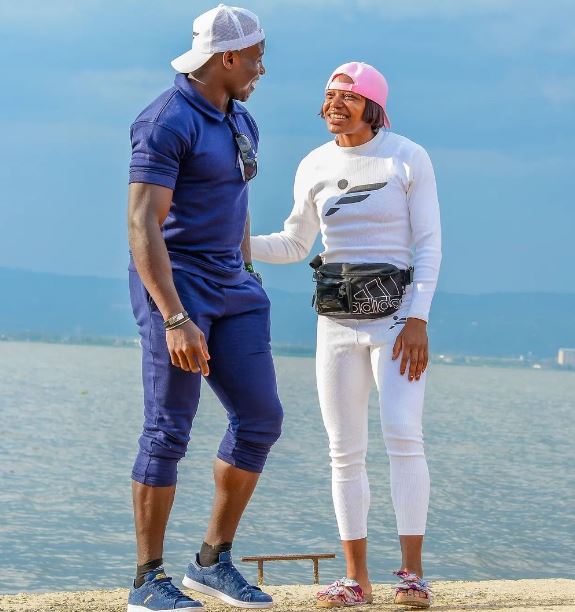 “We met in sports. We were both running and I had identified him. He made his presence known and he made it,” Laventa said.

Omanyala added that he noticed her first at the University games.

“I noticed her beauty and I talked to my friend about it. She played hard to get from June 2016 until December of that year.”

Laventa explained why she kept him waiting for months; “I was not sure why he did not have a girlfriend and I also wanted to know how persistent the guy is.”

Omanyala also spoke about plans to formalize their engagement and the pressure to get more children.

“Pressure to get more kids is coming but for now, I would want her to get to where she wants since she is also an athlete,” he said.

“We just want to have one kid for now although our mums say they want more kids. They indirectly want us to get more kids.”