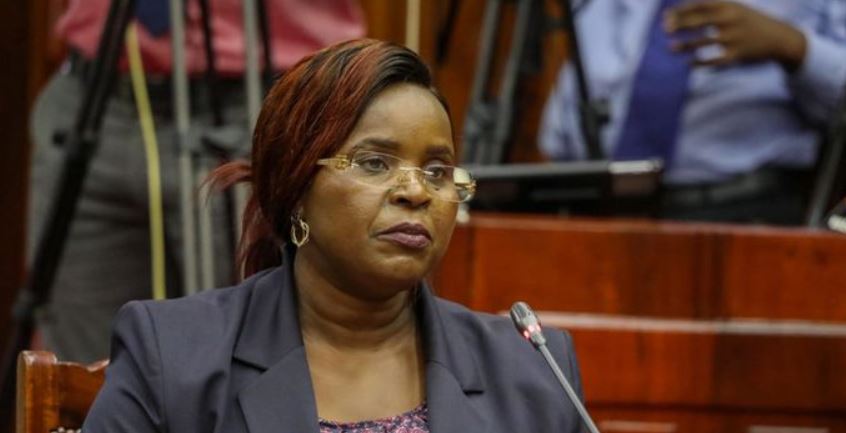 Tourism Cabinet Secretary Peninah Malonza has admitted she suffered from stage fright when she appeared before the Committee of Appointments for vetting last week.

The former Kitui county deputy governor said it was unlike her to lose her composure.

“That was unlike me. Those I have worked with know that I’m always confident when speaking before cameras, having served as Deputy Governor and ran for elective politics three times,” she said.

Malonza said her stage fright was not a manifestation of her leadership competencies adding that she is up to the task assigned by President William Ruto.

The CS said she was relieved after the National Assembly voted to overturn the committee’s decision rejecting her nomination.

Malonza thanked Kenyans for messages of support, encouragement and goodwill and vowed not to let them down.

“I may have lost my composure and confidence at the hot seat but that doesn’t, in any way, reflect my solid competencies. I want to assure Kenyans that I will not let down my beloved country Kenya in my role as Tourism CS,” Malonza said.

She added: “It was real baptism by fire. Kenyans will now see the lioness in me through unmatched performance in my docket.”

Observe the Law and Serve Kenyans Equally, President Ruto Tells Ministers < Previous
Sakaja’s CESs Appointments Not Inclusive, But Politically Effective Next >
Recommended stories you may like: