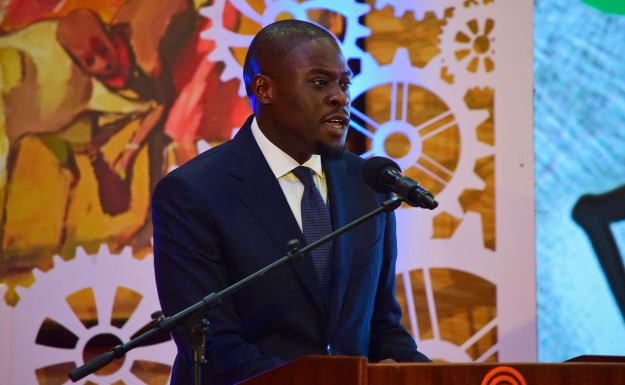 The list included three leaders of the Azimio coalition, ODM in particular, causing an uproar among supporters of the Kenya Kwanza.

Moreover, members of the Kenyan Somali community on 27th October 2022 issued a press conference protesting their lack of inclusion in the county’s highest governing organ.

However, whereas the appointments may not be as inclusive as Nairobians would have wished them to be, they are politically effective to ensure the governor runs the county effectively in the next five years.

What many people do not realize is that Nairobi’s county assembly is unlike any other and requires the governor to apply his political wit to stay in power and effectively serve the very people who elected him.

Currently, the county as 85 members of County Assembly, majority of whom were elected under the Azimio coalition. Particularly, the Raila-led coalition has 45 MCAs while Kenya Kwanza has only 35.

Therefore, Sakaja requires the support of the opposition leader as much as he needs the president’s good will for various reasons.

Without the good will of the opposition leader, the approval of the governor’s nominees would never see the light of day. The Azimio-affiliated MCA’s would not approve them no matter how professionally experienced they are in matters governance.

Therefore, governor Sakaja needed to appoint some members of the Raila-led coalition to appease the coalition and convince them to approve his other Kenya Kwanza preferred nominees.

During the campaign period, Sakaja made a lot of promises to Kenyans, including starting a feeding program for school-going children and implementation of the hustler fund, which is one of the core promises in the Kenya Kwanza manifesto.

However, without Raila’s support, the county assembly would never pass such a budget, rendering all county plans futile. Therefore, the governor needed to befriend his political rivals by appointing some of them in the county cabinet.

Moreover, the Azimio affiliated MCAs would veto all the motions sponsored by the county government to implement the governor’s manifesto.

Most county bylaws, except those touching on crucial areas of the county would require a simple majority to pass in the county assembly.

As things stand, the governor does not have those numbers. Therefore, he needed to appease the majority side by donating some slots in the county cabinet, which informed his decision to do so.

As pertains to inclusivity, the county cabinet does not meet the threshold, and it might not be the governor’s fault. Sakaja is a victim and captive of the city’s politics and jostle between the Kenya Kwanza and Azimio coalitions.

As illustrated, he had to donate some slots to the opposition, and therefore, possibly had no say on who the opposition leader appointed to fill those slots.

On the other hand, it is right to imagine the Kenya Kwanza coalition nominated their own party loyalists, especially those who lost in the elections. After all, the president did so by appointing his friends and colleagues in the national cabinet.

Therefore, if this assumptions are true, then the governor had very little say in who made it to the county’s highest executive body.

Therefore, Nairobians should at least understand his predicament.

Whichever the case, the governor’s nominations were necessary given the county’s political situation.

The governor belongs to the minority side of the county assembly, and therefore needs the opposition to pass his budget, laws, and members of the county’s cabinet.

Therefore, he needed to donate some slots to the Azimio coalition to guarantee his political survival and possibly reelection in 2027.

As a result, Nairobians should not stone the governor because his cabinet will not be as inclusive as they would have wanted, they should understand these people may not have been his own preferences in the first place.

CS Peninah Malonza Speaks on Losing Composure During Vetting < Previous
Moses Kuria – I’m Now in Govt. Don’t Abuse Me on Social Media Next >
Recommended stories you may like: