Cattle Rustling in North-Western Kenya – Time for an Ideological, Rather than a Military Solution 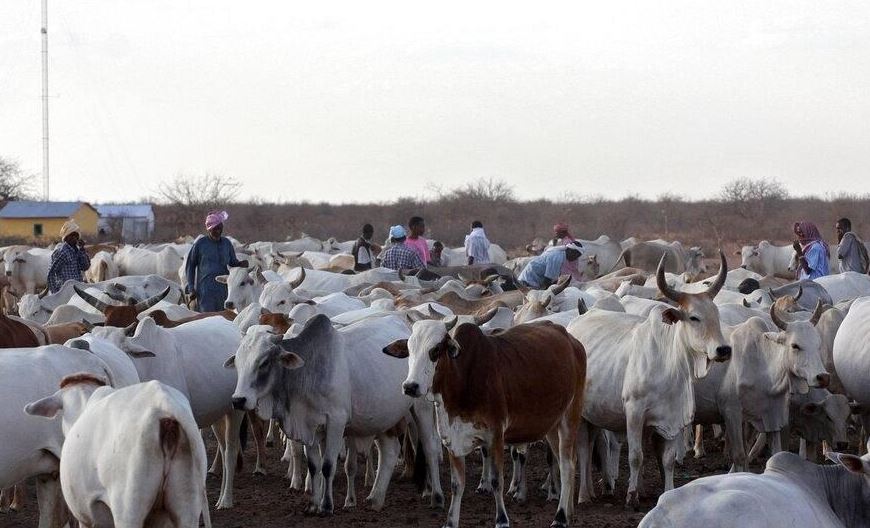 On 24th September 2022, 8 GSU officers, a chief, and other civilians were ambushed and killed by bandits in Turkana East as they led a peace caravan to advocate against cattle rustling, which has led to deaths of people, livestock and displacement of entire settlements.

This attack was not an isolated incident; in 2014, more than 21 police officers were also ambushed and killed by bandits in Kapedo in the same county and guns and other weaponry stolen.

Unknown to the police, the bandits surrounded and shot them dead in close range in the Kapedo valley, raising concerns about the preparedness of our security personnel and the state of security in these counties.

As usual, the government responded by issuing warnings and sending more security personnel to flush out the bandits. Unfortunately, it did not work.

More than 7 years later, cattle rustling is still a major threat to national security in these counties, and to make it worst, the current government is still reverting to the old ‘police deployment’ method to address the issue. Like his predecessors, the president will fail.

What the government fails to realize is that cattle rustling is a cultural heritage among the Pokot, Marakwet, and Turkana communities. They take pride in it; it is their way of life.

Therefore, deploying more security personnel in the region and meeting their elected leaders after every attack is not a solution.

The best way to put an end to this culture is through ideological transformation: using their cultural leaders to advocate for education, agriculture, and other alternative economic activities.

Cattle Rustling as a Culture
Cattle rustling is part and parcel of the Turkana, Pokot, and Marakwet cultures. In an interview with renowned investigative journalist Dennis Okari, Pokot cattle rustlers revealed just how entrenched cattle rustling is in their culture.

Some of the bandits revealed they were initiated into the practice by their elders, with some learning about it from their fathers.

Others confessed they first held an AK 47 when they were as young as ten years old!

Growing up, they were taught how lucrative cattle rustling was, how to launch and coordinate attacks, and defend themselves when attacked.

However, the most shocking revelation was the delight these bandits took in killing police; apparently, they kept records of the number policemen they killed and collected guns, uniforms, and other items from them as trophies and badges of honor.

Therefore, it is clear that cattle rustling is a cultural practice passed from parents to their kids and from older to younger generations.

Solutions
It follows, therefore, that the best way to fight such a practice is not by deploying police officers after every attack, but by using community elders and leaders to introduce the upcoming generations to education and alternative economic activities.

This can be done effectively by the elders, not outsiders.

In these communities, elders have an influence over the community, therefore, they would be the best people to introduce these changes. If they are not involved, they would frustrate these efforts even before they gained traction.

Therefore, it would be wise for the government to involve them.
For starters, the government should continue building schools in the region and use these elders to encourage young people to enroll.

Educating the younger generations would reduce their reliance on cattle rustling as an economic activity by providing them with more opportunities, helping to eradicate the practice once and for all.
Moreover, the government can introduce them to better economic activities.

For instance, it can use elders to promote agriculture, which would provide them and their livestock with food for consumption and commercial purposes.

Providing these communities with relevant alternative economic options would help reduce the attractiveness of cattle rustling as an economic activity.

Successes of Similar Strategies
The success of using community leaders and elders to promote change has proven successful in other areas in the country.

For instance, the fight against FGM in pastoral communities has been won because elders understood the dangers associated with the practice and other alternative rights of passages for women.

Moreover, communities that practiced communal circumcision for boys using one blade are now requiring participants to come with their own blades to curb the spread of HIV. Therefore, it is likely this plan could work in Turkana and Pokot counties.

Conclusion
Previously, the government has tried to curb cattle rustling by deploying more security personnel in vulnerable areas in the North Western counties. Unfortunately, frequent attacks, which have caused deaths of people and livestock, and displacement of communities have shown that this solution is ineffective.

Therefore, there is need to consider other alternatives.
One of the best long term solutions the new government should implement is to use community elders to promote change.

It should build more schools in the region and use elders to motivate young people to enroll, and introduce alternative economic activities, such as agriculture to provide them with more options of earning a living.

Implementing this strategy will help end cattle rustling not only in these counties, but also in the country.

Mithika Linturi Off The Hook in Attempted Rape Case < Previous
Two in Court For Taking a Dump at Nairobi National Park Next >
Recommended stories you may like: