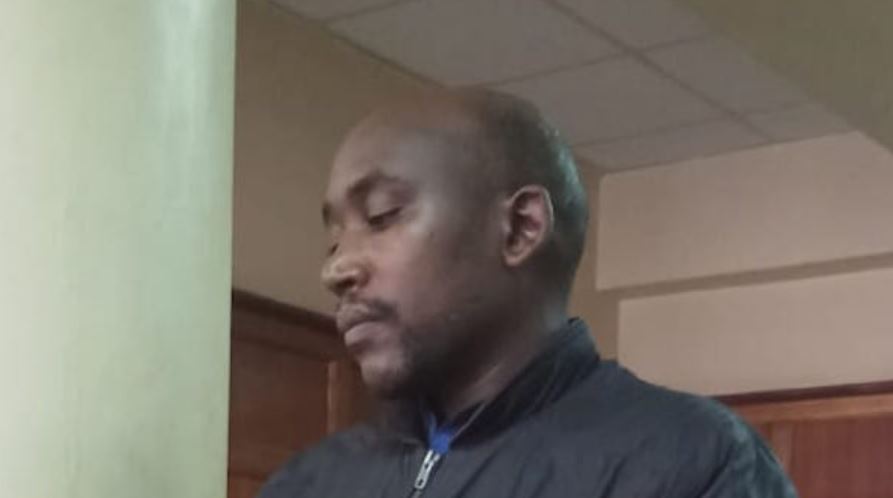 A public service vehicle driver who ran over and killed a traffic policeman two years ago has finally been sentenced.

Edward Njenga Njoroge caused the death of Corporal Peter Lengeto Rerimoi on January 28, 2020 at around 4 pm on the Southern by-pass.

Corporal Rerimoi was manning a roadblock together with other traffic police officers when he signaled Njoroge to stop.

When the officer asked to see his driver’s license, the 14-seater matatu driver sped off and ran over the officer, killing him on the spot.

“This happened in full glare of other police officers and civilians who gave the rogue driver a high speed chase until they caught him,” Milimani Senior Principal Magistrate Martha Nanzushi noted.

Njoroge was charged with careless driving, failing to stop after the accident and driving vehicle that was not roadworthy.

The driver had pleaded not guilty but the magistrate said the prosecution proved beyond reasonable doubt that the Njoroge caused the accident through dangerous driving.

For causing death through careless driving, Njoroge was sentenced to one year in jail. For the other offences, he was ordered to serve six months.

The magistrate also allowed a plea by State prosecutor James Gachoka that the convict, after completing the jail term, receives fresh driving lessons under the watch of personnel from the National Transport and Safety Authority (NTSA).

Nanzushi also cancelled the driving license of the driver for a period of two years.