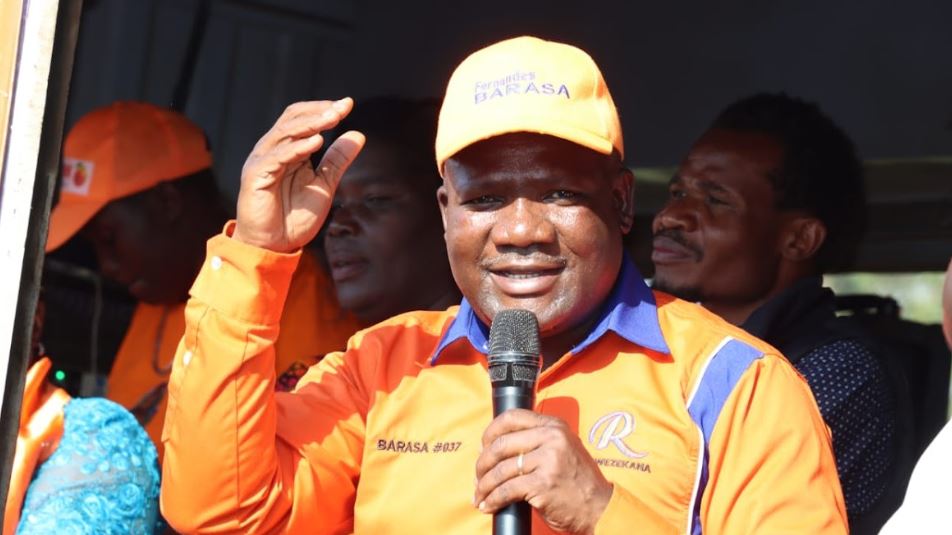 According to the ODM Party aspirant, the postponement of the Kakamega and Mombasa governor elections is politically motivated.

Barasa alleged that Chebukati is punishing them for supporting Raila Odinga.

“We have reasons to believe that the whole plan was orchestrated by enemies of Kakamega County, who are behind Chebukati and are committed to punishing us for supporting and voting for Azimio La Umoja’s presidential candidate Rt. Hon. Raila Odinga,” he said.

“They are hellbent on imposing their projects on the people of Kakamega, and by extension Mombasa, by rigging the gubernatorial elections in their favour.”

Barasa argued that if IEBC continues to postpone the elections, the people of Kakamega will lack key essential services.

“The people of Kakamega just like other Kenyans, have a right to exercise their democratic right which Chebukati wants to deprive them of following his decision which was made in bad taste,” he said.

“The move, if allowed to stand, will deprive them of the basic services that they are entitled to receive from the County government, as the incumbent Governor will now have limited powers,” he added.

Barasa noted that his legal team has a solid case against Chebukati.

“I wish to sincerely thank our legal team which has burnt the midnight oil to ensure that we have a solid case against Chebukati. I trust the honourable judges at the Kakamega Law Courts will deliver justice to our people.

“I want to call on our supporters and the people of Kakamega at large, to remain committed to our cause which is meant to deliver our “Maendeleo Na Usawa” agenda. Our victory can be delayed, but not denied.”