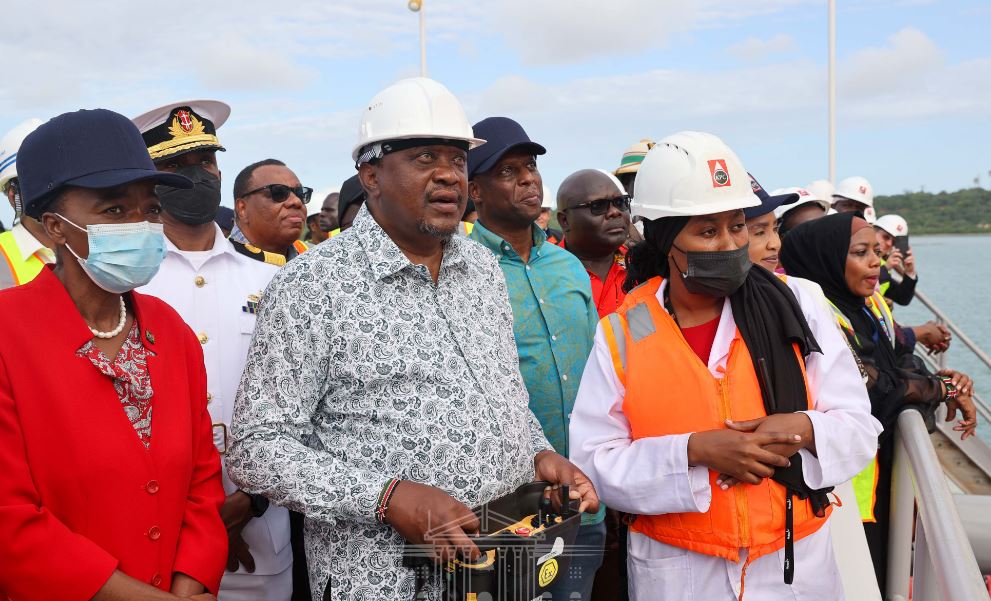 The state-owned fish processor was revived as part of Govt efforts to promote the growth of Kenya’s blue economy.

The fish processor is equipped with facilities capable of processing all types of fish into various products, and a 10,000 metric tonnes per year cold storage.

The 770-metre long jetty with capacity to load/offload all categories of petroleum products from very large sea tankers of up to 200,000DWT, is the largest of its kind in Africa.

The jetty was developed as part of sustained Gov’t efforts to lower fuel pump prices in the country by saving the over Kshs 2bn incurred annually in demurrage costs.

The 450-metre long, 8-lane dual carriageway Makupa Bridge has replaced the 1929 Makupa Causeway that was prone to heavy traffic congestion and had become a threat to the marine ecosystem.

As part of the launch, President Kenyatta witnessed the removal of Makupa Causeway, allowing the free flow of Indian Ocean waters across the new bridge and restoring Mombasa City’s status as a true island. 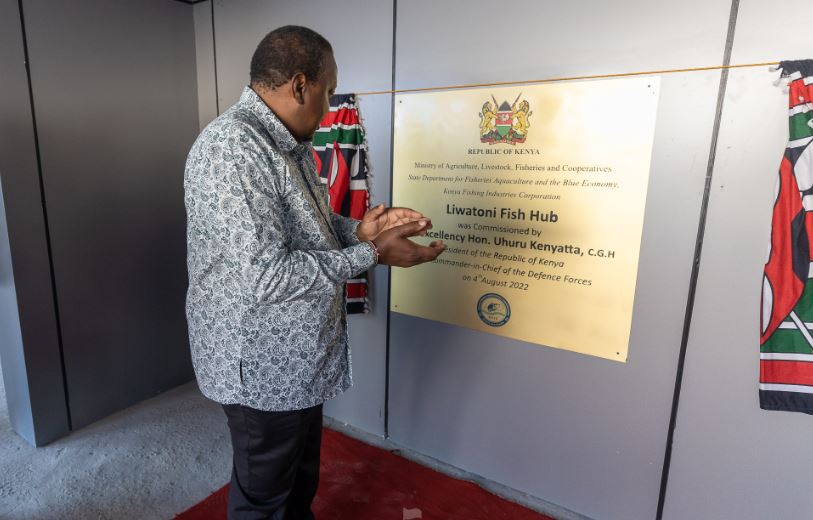 Prev1 of 25Next
Use your ← → (arrow) keys to browse
Everything Trending in Nairobi This Friday < Previous
It’s 100 Years in Jail For Sex Pest Found Guilty of Defiling Minors at Children’s Home Next >
Recommended stories you may like: