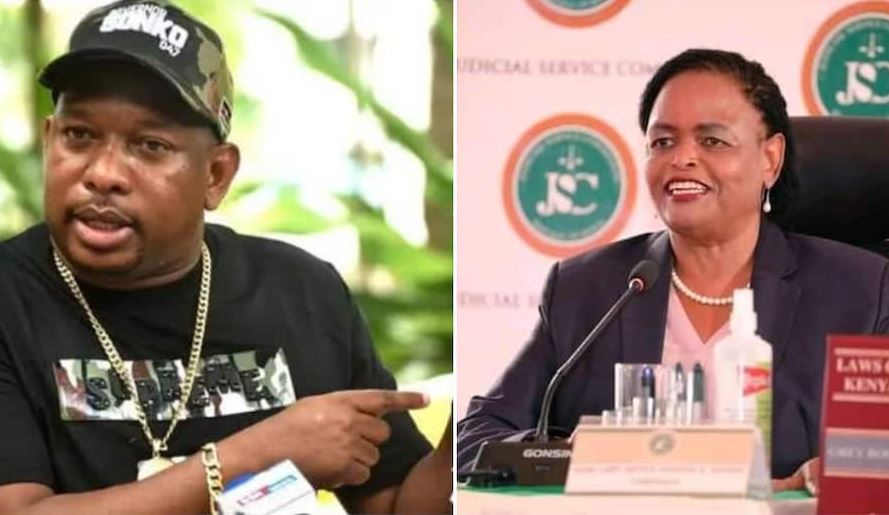 Former Nairobi governor Mike Mbuvi Sonko has suffered a blow in his desperate bid to reopen a lawsuit on his impeachment.

The businessman had asked the Supreme Court to allow him to introduce fresh evidence.

The additional evidence, Sonko said, is in the form of videos and audio recordings pertaining to alleged malpractices by Judge Juma Chitembwe, who presided over his case at the High Court.

Sonko also sought to adduce audio and video recordings of Chief Justice Martha Koome during an interview at Spice FM, where she allegedly made comments about his appeal that was pending determination at the Apex Court.

Additionally, Sonko wanted the Supreme Court to set aside its July 15, 2022 ruling that upheld his impeachment.

“Mr Sonko has not explained the relevance of the so-called new evidence considering that what was before the court was his removal from office, whose evidence was quite different from the conduct of Justice Chitembwe,” said the court.

“At the time he lodged the appeal in the Court of Appeal and even in this court, he was well aware of the gazette notice of May 18, 2022 in which a tribunal was appointed to investigate the conduct of Justice Chitembwe,” the seven-judge bench added.

Led by CJ Koome, the judges added that Sonko’s petition before the High Court was heard by a bench of three judges and further that the Court of Appeal upheld the conclusion by the High Court.