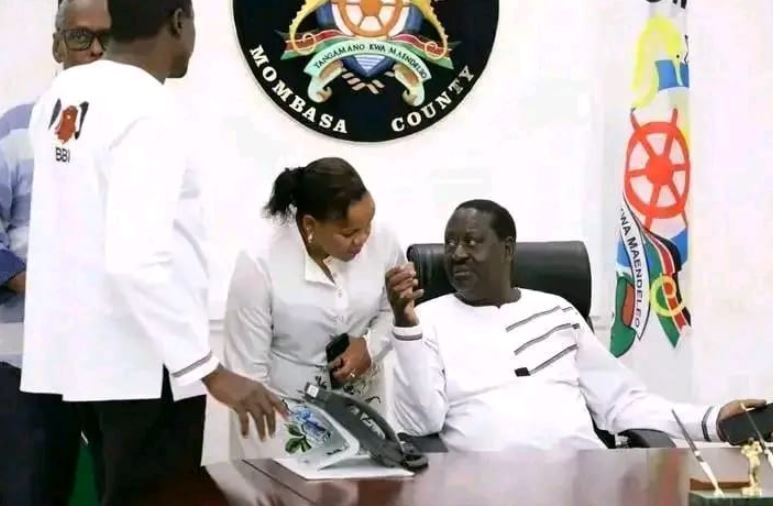 Raila Odinga has lost all faith in the Independent Election and Boundaries Commission (IEBC) Chairperson Wafula Chebukati and has demanded that he disqualifies himself from the electoral body.

Speaking in Mombasa on Wednesday, the Azimio Presidential candidate said Vice Chair Juliana Cherera should take over and oversee the postponed polls in Mombasa and Kakamega counties.

Raila argued that the allegations levelled against Chebukati in the presidential petition are enough grounds to remove him from office.

According to the ODM Party leader, Chebukati is biased and presided over an illegal activity by declaring Deputy President Ruto the president-elect on falsified election results.

“We want the Kakamega and Mombasa elections to be overseen by IEBC Deputy Chairperson Juliana Cherera,” Raila demanded.

Additionally, Raila maintained that his legal team would prove to the Supreme Court that there was electoral malpractice in the concluded August 9 polls.

The former Prime Minister wants the court to declare him the winner rather than having another election.

“We want the court to declare that we have won and instead of voting again announce us as the winners so that we can take the oath of office,” he said.