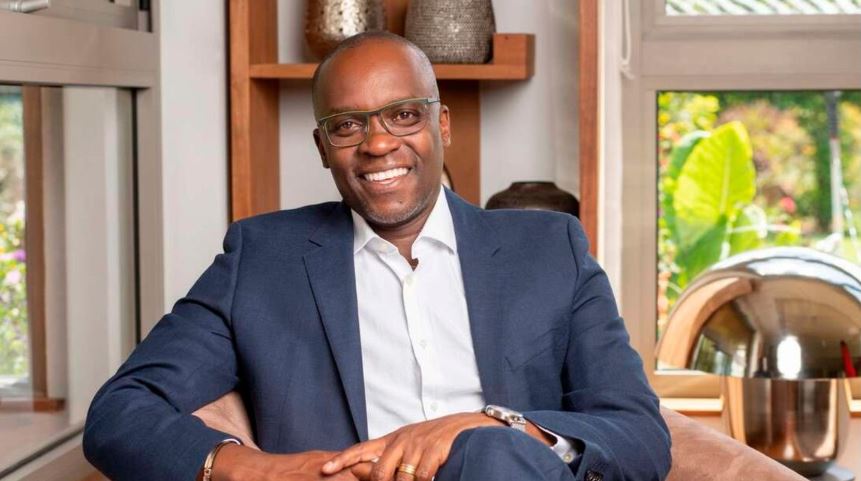 John Musunga is the Managing Director for Kenya Breweries. Before joining the brewer in 2021, Musunga worked at GlaxoSmithKline (GSK) for 20 years.

A Lenana School alumnus, Musunga also studied at the University of Nairobi for a Bachelor of Science in Chemistry, and at USIU for a Master of Business Administration.

He spoke to Jackson Biko about his childhood and becoming the man of the house after his father, who worked as an engineer for the airforce, was imprisoned for the attempted coup.

What do you recall about your father being sent away?

The feeling of being a child of a dissident even though he was wrongfully accused. He was on leave during the coup [attempt] but he was told to plead guilty. When I went to Lenana School, I couldn’t say my dad was in jail because that would attach stigma on me.

Remember these were Nyayo days and my mother told us not to mention that he was in jail. We told people he was in Canada studying. He got out three years later. He later died in a plane crash.

What conversations did you have with him during his incarceration?

I remember visiting him in prison in Naivasha, maybe three or so times. He would challenge me to hold the family together. He also used to write letters to us. I have some of them.

He would celebrate our grades, I used to do well in school and that pleased him because I was showing my siblings the best example. He would always tell me, ‘your mom speaks very highly of you, you are the firstborn I always imagined you would be.’ He was always very encouraging.

When your dad is incarcerated, how does that affect how you view the system as a young man?

You know, at that time it was survival, you didn’t think about the system. There was an element of fear at that time. My mom, a civil servant, didn’t even want people in the workplace to know, she tried to keep this away because I think Moi was one of those very difficult guys.

So, I was more scared that I wouldn’t spill the beans, that we hold this secret between us. I never thought if the justice system was fair or not, it’s only after he came out of prison that we started reconciling with that.

Was he the same father to you after his prison term?

When he came out he was a born-again Christian. A completely changed man. He remained the same in terms of the way he honoured his family. I didn’t see or hear any bitterness towards the system.

You were a child who lived in fear of the secret of his whereabouts being discovered. How did this shape you later as an adult?

It changed me fundamentally but in positive ways, mostly. With my father being in prison and then his death, leadership was thrust on me at a very early age.  So, my leadership journey started a long time ago when my peers [children] were busy doing what they were supposed to do.

Secondly, I became more resilient because I received shocks in my life at the early age of 13 and later at 18. I handle difficult situations better than most, I’m calmer.

In hindsight, not being allowed to grieve or demonstrate sadness about my father being in jail in public taught me to hold back emotions. We are a very functional family but not a huggy touchy-feely family. I think that probably came from that upbringing.

What have you struggled with in the past decade?

Good question. (Long Pause)I don’t think I have struggled with anything to be honest. I feel I have been somehow lucky in life. [Pause] Probably from a family context it is the lack of deeper connections with my siblings, mostly my brother because I was a father figure more than a brother.

So now that we are older, I struggle with the fact that maybe our relationships should be different. He is an accomplished architect and we relate transactionally and occasionally phone calls, I am there for him 100 percent and he is there for me 100 percent but we don’t connect like I see other people connect with their brothers.

Would you say you are an emotionally expressive person?

How does that affect leadership at work?

I’m always clear that at work we will not necessarily be friends but I will make the best effort to work with you.

So I have made a deliberate distinction between emotions in the workplace and my home because of my learning with my siblings. I think I am more emotionally connected with my children and my wife. I don’t think they would say I am an absent father emotionally.

When you grow a hedge around yourself at work, does that make your existence here lonely?

It doesn’t matter, in these jobs, you are lonely anyway. [Laughter]. Every lunch hour. I have a free hour and I’m happy for someone to come to my office and say, ‘John let’s walk out to lunch’ but nobody ever knocks on that door. And it’s not because I am an unfriendly guy, it’s just that in these positions you are not very approachable.

Does it bother you that you will do 30 or 40 years in corporate and retire without a friend?

It doesn’t bother me at all. They come to my home for functions and I imagine they will still come when I’m retired. I have different friends from my days in Lenana and college, a small circle, so I don’t lack from a friendship perspective. The 10 or 15 guys have been dear to me since we were children.

What makes you emotionally vulnerable?

[Long pause] Interesting question. I don’t think I have an answer. [Laughs] The funny thing about me is that I’m stoic; I don’t cry at funerals but I cry during joyful occasions.

When we climbed Mount Kenya with my executive team and an interviewer came to ask me questions I cried. I cry when I see my daughter in a play or my son doing recitals. My emotions come from joy.

You’re a paradox. You seem to have been dealt a good deck of cards in life, but when did you ever feel defeated?

I faced failure very early in life, and that motivates me. If I’m not failing, it means I’m not trying. I’m not stretching. When I was in A-Level when my father died just before the exams, I didn’t pass. I had to re-sit my exam.

And I was a fairly sharp child so I had to swallow a humble pie which was difficult because academically I was okay. At that time I looked back and said, “Oh, I failed because of my father’s death. I didn’t have sufficient time to prepare.”

But when I reflected, I said, “Actually, I didn’t fail because of my father’s death. I failed because I didn’t apply myself sufficiently through my A-Level years, okay.”

And that’s a commitment I made to myself going forward; I will never fail again because I wasn’t trying. Failure for me can’t be from a lack of trying.

It has to be because I put my best foot forward and something didn’t go right. I worked hard to catch up with my peers and it came to pass that in my 30s I was a director and a managing director at 35.

What part of your life needs working on?

I’m a functional introvert. My success has come from my work. And there’s a balance between working hard and getting noticed. So, because I am an introverted guy, I don’t blow my own trumpet. I don’t stand and speak.

And I think it’s important that you do that somewhat because there are many people behind who rely on me blowing a bit of the trumpet of the organisation for their careers to thrive. I need to grab the mic a little bit more and deny my introversion for the sake of all.

What do you fear, then, at this point? How old are you now?

I’m 52. My fears are around family. I worry if I’ve set my children up for success because the world now is very harsh. My son and daughter are super bright but they need a lot of hand-holding and pushing from us, the parents. I worry that we’ve hand-held our children a bit more than we should.

What do you fear for yourself as a man?

[Pause] I don’t fear. [Long pause]. You ask many tough questions. What do you fear?

Rubbish health for my children and myself. I can overcome everything but bad health. The second thing I fear is poverty. Take those away and I’m fearless.

[Laughter] I think, luckily, I’m past the fear of poverty. Luckily, if I stopped working today I’ll have food on my table. I think health is a fair one, to be honest for now.

Career Path With Soita Law Lead Counsel Soita Evans Khakasa-China < Previous
Things To Know About the Universities Fund Next >
Recommended stories you may like: