Things To Know About the Universities Fund 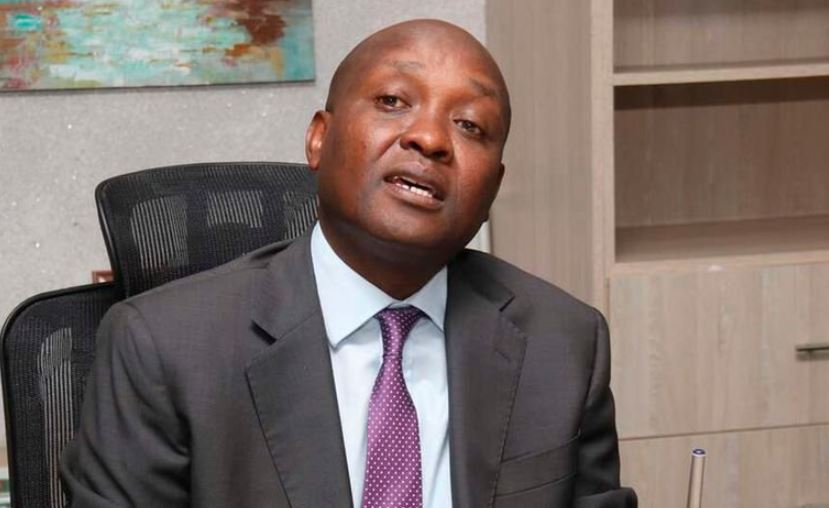 Universities Fund Chief Executive Officer Geoffrey Monari spoke to the Daily Nation about the fund, its role and why the government is unable to fund university education.

What is the role of the Universities Fund?

One of our key functions is to mobilise and receive funds for universities. For now, we only get money from the government. We are expected to raise more from donors and endowment funds. The law also requires us to advise the Cabinet Secretary on university financing.

What has been the trend of funding from the government in the last five years? Any gaps?

The government will spend Sh47.3 billion on universities in the 2022/23 fiscal year. Public universities will get Sh44 billion of this amount. In the 2020/21 financial year, we received Sh41.9 billion for 271,446 students. The average grant for a student at the time was Sh154,385. Based on the Differentiated Unit Cost (DUC), we are required to fund 80 per cent of a student’s tuition fee.

The remaining 20 per cent should be raised by the students or they can apply for funding from the Higher Education Loans Board (Helb). We instead funded students at 53.7 per cent below the DUC. In the 2021/22 year, we funded 324,182 students with a budget of Sh43.8 billion. The average funding per learner fell to Sh135,244 and the percentage was 49.51 of the DUC. This created a deficit of Sh27 billion owed to universities.

The deficit to public universities was 20 billion the previous year. There are 356,188 students in this financial year but we only have Sh44 billion. Every student, therefore, will get about Sh123,597 at a 48.11 per cent of the DUC, creating a deficit of Sh27 billion.

For five years, the funding deficit in public universities stands at Sh96.3 billion while that of private ones is Sh24.4 billion.

What are you doing to bridge the gap and prevent universities from collapsing?

We are working to see how to bridge the gap where the government can increase funding as a short-term remedy. We have also come up with programmes where universities will be urged to commercialise research. Government funding is falling.

The state has other competing resources. We are also going to donors. We have requested universities to re-strategise in terms of staffing and working within their budgets. There is also the issue of capital development funds, which we advise universities to utilise instead of putting up new buildings.

Which donors are you engaging and how much do you intend to raise?

We have engaged the UN Economic Council for Africa, the Alliance of African Entrepreneur Universities and the World Bank through the National Treasury and the ministry. They are willing to support in terms of the performance-based value. Initially, we were looking at raising about Sh3 billion a year. It will be better if we get more.

There are 123,963 new students under government-sponsorship this year. How is UF planning to fund them, considering some reported in July while others will do so in September?

We don’t have enough money to fund the students at 80 per cent DUC. There is a deficit of Sh20.1 billion for the 2021 Kenya Certificate of Secondary Education (KCSE) examination cohort. It is a very difficult task for us and the universities. The institutions will have to look for more money to bridge the gap. We at the UF are scratching our heads together with the National Treasury to see how to increase the funding in the supplementary budget.

The UF drafted a framework to improve on the funding formula. What is the progress?

The framework has gone through public participation but has not yet been signed off. What the framework proposes is to ensure we include issues of national priority programmes which will take up to 20 per cent of the funding. We also want to include doctorate and masters programmes, special needs of students and  consider institutional factors which will see newly established universities benefit. Some of these universities, unlike the older ones, do not have quality equipment and laboratories.

The DUC funds students based on the number a university has and the programmes.

Why is the government focused on funding post-graduate students yet it does not have sufficient money for undergraduates?

Government funding will only be on priority areas. There is a big gap in Kenya’s university faculty. Most students are pursuing business-related programmes for their post-graduate studies. It is difficult to come across a PhD holder in science-based programmes or other key areas. We shall engage universities to know where gaps are and where we need more people trained so that we support faculties.

Unemployment levels among university graduates have been on the increase. What measures are you taking as government to ensure you do not fund students who cannot secure or create jobs?

One of the criteria we shall be looking for when funding students is performance. We want to see graduates’ employability in the first and second year. Are your graduates employable? That will be an indication that the university has a good curriculum and the industry is responding well to its graduates.

Lawmakers have raised concerns on why the government funds private universities at the expense of financially crippled public universities. What is your response?

Students are placed to these institutions by the Kenya Universities and Colleges Central Placement Service (KUCCPS). Our mandate is to fund students. If KUCCPS sends government-sponsored students to private universities, we will fund them there. We do not determine where a student goes. Most of the students placed in private universities actually request to go there. That is because the universities offer programmes they are attracted to.

Apart from budgetary challenges faced by the Fund, what other problems have you encountered and how are you addressing them?

We need a formula for capital funds (infrastructure money). The financial management by universities also remains a huge challenge. University employees who deal with financial management need a lot of training to ensure whatever amount received is used prudently for sustainability. We are coming up with a curriculum to support that kind of training.

We also have a big challenge in data management in the universities. Numbers do not add up on many occasions. We are coming up with a data centre which will bring in the Commission for University Education, Helb , KUCCPS, universities and other stakeholders on one platform.

We have convinced Parliament to give us Sh50 million to come up with the centre and the grants management programme which will ensure the information we have and that with universities is aligned and properly utilised for funding.

One on One With Kenya Breweries Managing Director John Musunga < Previous
My GBV Story: It Started with Verbal Threats Like, “I will cut you and put you in a sack” Next >
Recommended stories you may like: