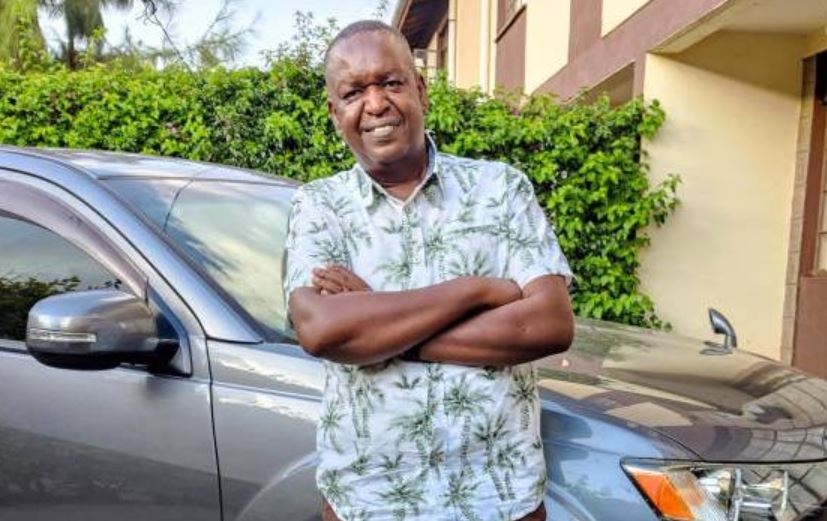 Jeremiah Muli is the founder and CEO of Assignment Studios, a content creation platform that strives to produce award-winning TV shows and marketing content.

Muli opens up about his experience in the film industry.

Well, Jeremiah Muli, is an award-winning content producer and creator. He is a father, husband and an astute businessman with many years of experience.

Tell us about Assignment Studios. When did you actually start it?

I started Assignment Studios way back in the 1990s. I took a step of faith and decided against all odds that this idea would succeed. I thank God it eventually succeeded despite immense challenges along the way.

What motivated you into this?

I love content creation, developing concepts and turning them into videos.

During the 1990s, I realised there was a gap in the production of quality TV and radio adverts. Besides, SMEs dealing in products and services were not able to produce quality adverts owing to the high rates charged by the big media houses and ad agencies.

Interestingly, some of the adverts we have produced have won numerous awards.

When the thirst for local content on our TVs started picking up, I saw an opportunity and plunged in. Today, we still produce local TV content… excellent content for that matter. Some of our productions have won us Kalasha awards and other awards.

How do you source your talent?

We carry out auditions, but also we consider actors who have passion and those with unique needs.

What is the secret behind your success and longevity in the industry?

Trusting in God and putting him first in everything. Every production we undertake starts and ends with prayers. Persistence and believing in ourselves is also a key ingredient to our success.

The second aspect is teamwork: I work with a very passionate and dedicated team and that is another reason behind our success.

Some of your programmes like Hapa Kule News failed, why?

Production is dynamic. A programme can do very well but last for a short time before viewers move on. However, there are others that are timeless. A programme you would want to watch again and again and still look as new as the first time.

Other than Classmates, which other productions are Assignment Studios known for?

We are behind Nganya, Pasua show, Kwa Matha, Company X, Second Chance TV game show, and Mad Buddies among many others.

What major challenge do you face when handling actors?

To say the truth, I rarely have challenges with actors, the reason being that we are a great family; I take the fatherly role.

Is there a time you have found yourself discontinuing an actor and what was the reason?

Yes, when an actor loses focus, it is untenable to continue with us. However, we rarely get such incidents.

Any current or future plans for Assignment Studios?

Of course, we have plenty of plans in the pipeline. We have many TV shows planned, many films to be shot.

“Life is not a problem to be solved, but a reality to be experienced.”

Benjamin Zulu: A Man Should Not Have A Direct Interaction With House Help < Previous
My Story: How I Rose From Orphaned Houseboy to Engineer Next >
Recommended stories you may like: