Kayole Man Professes, “Winnie Odinga is the Woman of my Dreams” 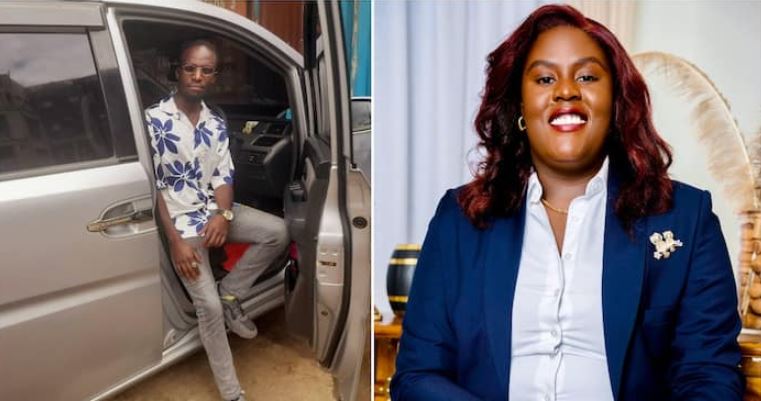 Raila Odinga’s lastborn daughter Winnie Odinga has an admirer in the form of a businessman based in Kayole, Nairobi.

Identifying himself as Charles Waziri, the 26-year-old man professed his love for Winnie saying she is the woman of his dreams.

Waziri told a local online publication that he is ready to propose to Winnie Odinga. He said their 6-year age difference is not an issue as he prefers older women.

“I like older women. Mtu anajielewa. After we announce Baba as the fifth, the next event will be ours,” he said.

Waziri said he would buy Winnie a Diamond ring and book Serena Hotel to propose to Winnie. He would also hire Diamond Platnumz to sing at the ceremony.

“I’ll buy her a diamond ring worth Sh2 million,” he claimed.

Asked why he is smitten by Winnie Odinga, Waziri said: “She is my type and has all the qualities I look for in a woman. I also like her British accent and the power in her makes me go crazy.”

He expressed confidence that Raila would not deny him a chance with the woman of his dreams.

“I am a fan of Jakom so I believe he will not deny me the woman of my dreams.”

Also Read – I Will Get Married at State House, Winnie Odinga Declares

Bien Clarifies ‘Open Marriage’ Claims, “You are not Supposed to Own your Partner” < Previous
Octopizzo Reveals Main Difference Between Wajackoyah and Other Candidates Next >
Recommended stories you may like: