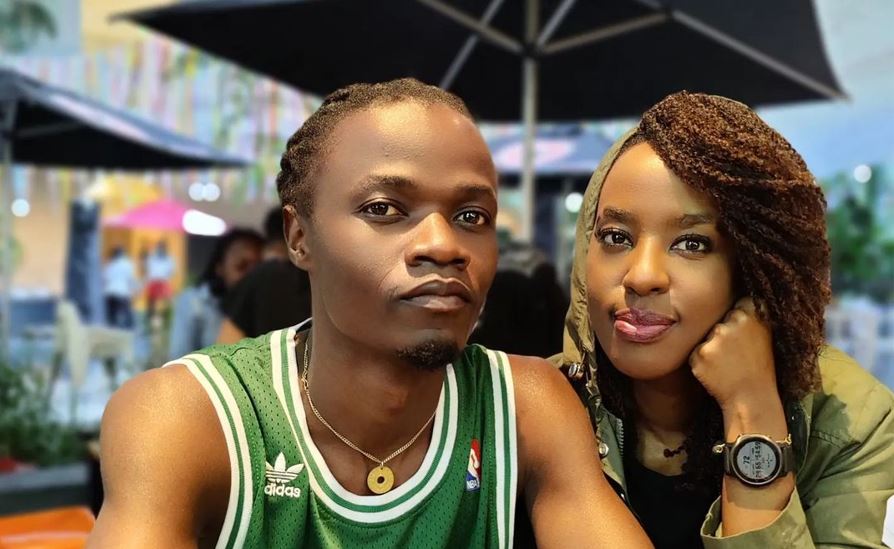 Celebrity lovebirds Juliani and Lillian Ng’ang’a are the newest parents in town, Nairobi Wire can confirm.

The rapper broke the news in a YouTube interview, disclosing that the former Machakos County First lady delivered their baby boy some days ago.

Juliani said he was elated to become a father for the second time. The ‘Exponential Potential’ rapper did not reveal more details, noting that they were not ready to tell the public yet.

“I have two kids, Amore(with Brenda Wairimu) and the second one. I got him just the other day. I got him with Lillian. People don’t know this story because they don’t need to know but now you know. So yes we got a baby, a boy. I’m now a proud father of a girl and a boy,” he told Presenter Ali.

Juliani also mentioned that raising a son was different from raising a daughter. He also identified the stark difference between parenting as a father and as a mother.

“The truth is you are not so involved. The woman goes through so much. That experience before the nine months, after and how they get back to being themselves. Watching it from the outside, it is a very heavy experience. It makes me think twice about how we treat and even talk to women. A man can’t go through the same thing and come out okay. But at the same time, they derive so much joy from it. As a father, you are just a spectator, but the whole experience, a mother goes through it more than the man,” he said.

Juliani and Ng’ang’a wed privately in February of this year. Speaking about his marriage experience, Juliani admitted he now has a different perspective on relationships.

“For my past relationship, I can’t say it didn’t work out…but it transcended to something beautiful.

“We got a child. There is this person that you know now for the rest of your life. You see them in a different light; you appreciate who they are. I have never been in this space before, never been married before, I have a different experience about relationships now. So it only transcends, it never changes, you never have a bad experience. In life, there is no bad and good, it only transcends,” Juliani observed.

Oga Obinna Savages Eric Omondi as Social Media Tirade Escalates < Previous
How Much Huddah Charges To Chill For 30 Minutes Next >
Recommended stories you may like: