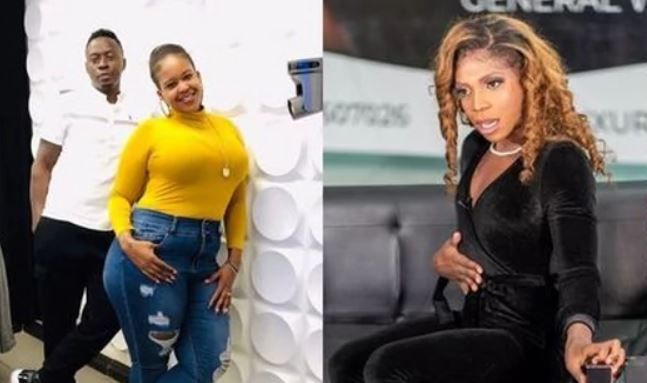 Radio personality Oga Obinna pulled no punches as he hit back at fellow comedian Eric Omondi in their ongoing social media tirade.

It all started when Obinna and his Kiss FM cohost Kamene Goro roasted the comedian on their show over his latest character, Divalicious.

Omondi later hit back, telling Obinna and Kamene that they are beneath him as he has more money, more followers, and is more traveled.

But Obinna was having none of it as he savaged the comedian over his comedy career.

“You have more followers than me and that is the only thing that you have that I don’t have. Why? because you had a head start, then also most of your followers are from Tanzania, there is no conversion. They follow because you were mimicking one of their own.

“You brand is doing everything because it’s cheap. When it’s cheap everybody can access it. Saying you have gone to many countries because you are the one with the Visa. Then you are cheap, you are comfortable sleeping in people’s houses when you go to the States,” Obinna shouted.

He went on: “Travelling does not mean success, when you travel to all those countries, what do you have to show for it? 14 years of comedy? What is there to show? You say you have money, having money is relative. You have money? Which money?

“Eric you lack originality and you thrive on duplication. There is nothing you stand for…you are funny? Which jokes Churchill show 2004 jokes? What is the new joke you wrote or created? Being everywhere doesn’t not mean value its availability

“It’s sad that a 50-year-old man is bragging about Instagram followers…you are the only one who knows where the direction of your career is going so jibambe baby girl. Live your life. What I want to request you is stop doing PR and start living,” Obinna said.