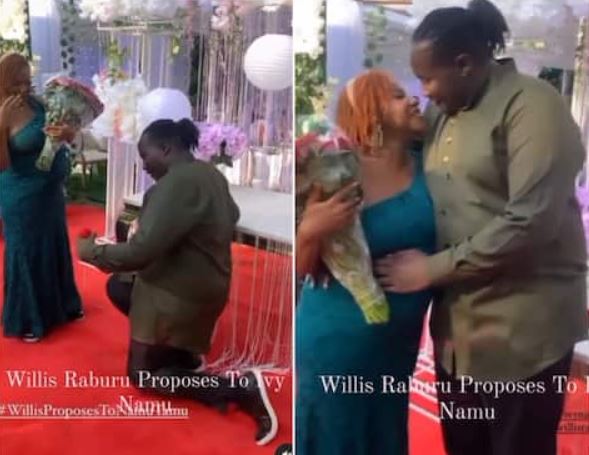 Celebrated media personality Willis Raburu and his partner Ivy Namu have decided to take the next step in their love story.

The lovebirds are engaged to be married after the Citizen TV show presenter proposed to Ivy on Sunday.

It was a surprise marriage proposal that started as birthday celebrations for their son Mali, who turned one.

As they celebrated their son, Sol Generation singers Nviiri The Storyteller and Bensoul appeared and belted out romantic tunes as Raburu went down on one knee.

“You’re my love, my everything,” Raburu said, before ‘putting a ring on it’.

Ivy Namu would later take to social media to flaunt her engagement ring. 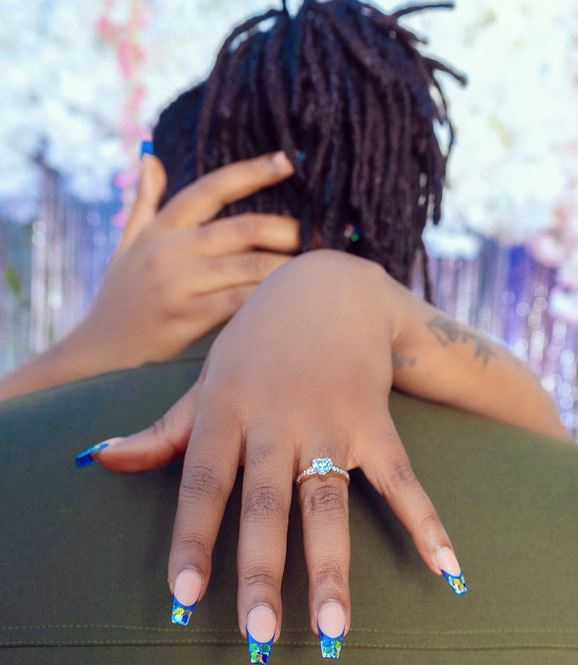 She captioned it: “A thousand times yes, in this lifetime and the next.”

Raburu and Ivy have been together for over two years and are expecting their second child.

Comedian Nasra Yusuf Mourns her Little Angel, “I Wish I Saw Your Face” < Previous
Nana Gecaga Message to People Struggling With Alcoholism as She Marks 23 Years Sober Next >
Recommended stories you may like: