The President, who was on a working tour of Eastlands in Nairobi, presided over the official opening of Mwiki Hospital in Kasarani Constituency and Mihang’o Hospital in Embakasi East Constituency.

The level 3 hospitals are part of 28 such health facilities constructed by Nairobi Metropolitan Services (NMS) across the city in under 2 years.

The new levels 2 and 3 health facilities are part of sustained efforts to attain the Universal Health Coverage (UHC) target of the Govt’s Big 4 development agenda.

During the tour, President Kenyatta also joined residents of Embakasi East and Kasarani Constituencies at Muhuri Muchiri Stadium in Ruai to preside over the issuance of 6,000 title deeds to several groups including members of the troubled Embakasi Ranching Company.

Here are the photos from Uhuru’s working tour of Eastlands, Nairobi. 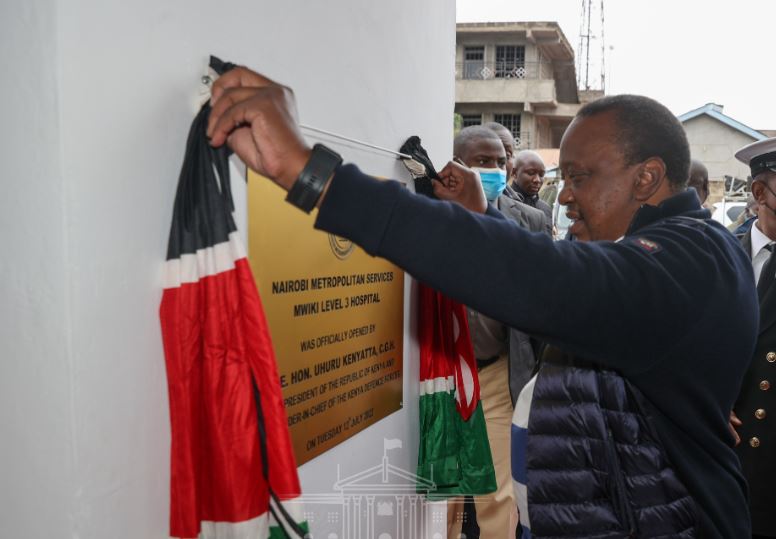 Prev1 of 18Next
Use your ← → (arrow) keys to browse
Here’s What’s Trending in Nairobi This Wednesday < Previous
PHOTOS – Uhuru Launches Locally Assembled Mitsubishi Pickup Next >
Recommended stories you may like: