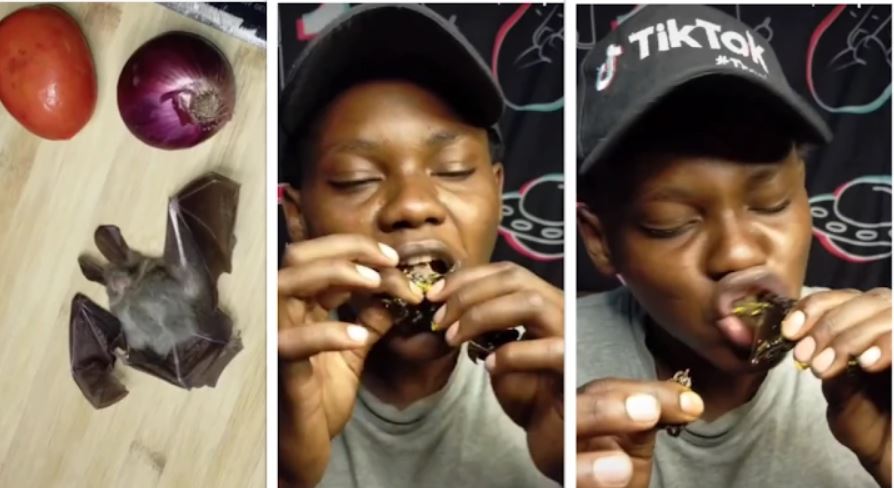 Kenyan TikTok content creator AQ9ine recently took his antics to a new level when he fried and consumed a bat.

AQ9ine has made a name for himself for eating weird and unimaginable stuff, commanding a huge following of 209K fans and 2.9 million views.

Weeks after his video went viral, AQ9ine spoke in an interview revealing the health issues he suffered after eating a bat.

The content creator said he developed a running nose for six continuous hours.

“Four days after eating the Bat, I contracted a cough, a running nose for like six hours. In those six hours, I had taken at least four different kinds of medication and none appeared to be working,” he told presenter Ali.

AQ9ine would also suffer from an incessant cough and chest pains, and believed he had contracted Covid-19.

He said he did not go to the hospital but instead decided to self-medicate using Marijuana.

“When I coughed blood, I got really worried, but then I said, It is what it is, I did not go to the hospital, I hate hospitals,” he said.

AQ9ine continued: “My medicine is marijuana and that is what I used. After two days my voice broke and had a sore throat but after smoking weed for two days, at least things change.”

Asked how his friends and family think of the content he creates, the comedian said they are okay with it. He noted that it is his life and he can do what he pleases with it.

AQ9ine intends to cook and eat a snake, flies, and snails in the near future.

Chris Brown To Perform in Nairobi Next Month < Previous
Senator Mwaura Tears Into “state sponsored” Wajackoyah Next >
Recommended stories you may like: