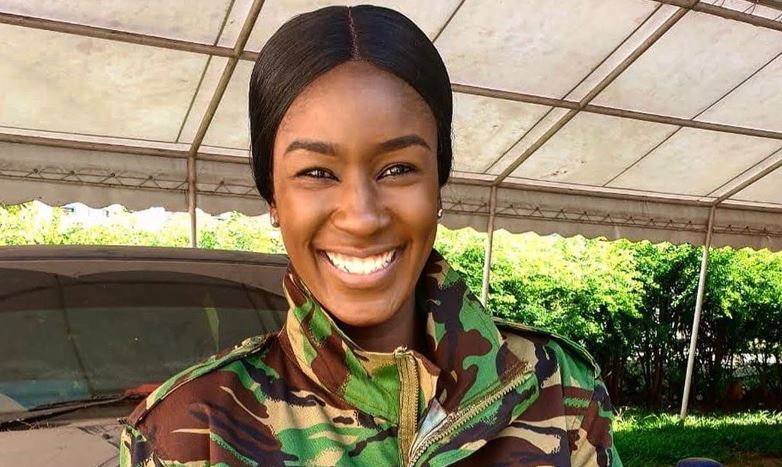 Winfred Bwire is a popular actress in the local TV series Sultana which airs on Citizen TV. She speaks about her acting journey.

My name is Winfred Bwire Ndubi, born in the 1980s. I am an all-round artist – an actor, scriptwriter, songwriter, singer, painter and interior designer. I am also a professional baker, interior designer, businesswoman and a mother.

Wow, this sounds interesting. At what point did you discover your artistic potential?

I thank God for my parents because they discovered my talent from a young age and nurtured it to the fullest. I give credit to them because they accorded me the necessary resources as well as moral support to ensure I achieved my desires.

From age six, I used to do poems, and participate in plays and they would encourage me as well as enroll me in holiday programmes.

When and where did your stage career begin?

I have been doing stage and screenplays for a while. My first professional screen acting career dates way back to 2014.  My screen debut was on a series called Penzi on Raia TV. After that, I did one called Kisasa, then Tehanini on Maisha Magic East. Then I joined the Kalimani Dynasty on KTN and now I’m with Sultana on Citizen TV.

What does one need to succeed in this career?

I would say to succeed in this career; you definitely need to have passion, high sense of discipline, zeal, and determination. In the creative industry, you need discipline although many people don’t understand this. Discipline would be my number one pick on what one needs to survive and succeed in the industry. For instance, no one would want to work with you if you don’t show up on time, you will definitely disrupt the flow, and so forth.

Where time is concerned where your lines are concerned, costumes, working with the director, and with your teammates, you need to be a team player as well.

What can you say has made you be so successful at this level?

I consider myself a fighter. I have fought for everything I have and I am still fighting for everything I aspire to get. I rarely give up; I fall down, I mean life has knocked me down so many times, I have had so many disappointments, but some way, somehow I always manage to get up. I get back to it even more encouraged than the previous round and something eventually works out.

To whom do you credit your success?

God and my parents. My parents have never wavered in their support from the word go. As I said earlier, they nurtured my artistic talent from the time I was six years old.

Being an 80s girl, acting was not a big deal then but my parents supported me. They even took me to university to take fine arts. As we speak, I have a bachelor’s degree in industrial fine art and design from Makerere University.

What greatest challenge have you faced in your acting career?

My skin colour has been the greatest challenge in my acting career. This affected me because I am an extra dark girl. For a long time, TV was dominated by people who are light-skinned and fair. I thank God we have come a long way to see a girl like me, despite my dark complexion being on TV.

What is your relationship status?

I am currently seeing someone and many know who it is.

Do you find some roles compromising, especially for an actor who is in a relationship?

Personally, I have never come across a role that is compromising. Your partner needs to be understanding. It is important that your partner trusts you, understands the nature of the job you are doing and more importantly, discuss some of these roles with your significant other before you take them.

Whatever you set your mind to, do it with zeal and passion plus discipline. Stop expecting people to give you short-cuts, being spoonfed. We live in an era where people want shortcuts to success, they don’t want to work. Success is gradual and you need to work for it.

Meet ‘Janesis’ YouTube Telenovela Actor Douglas Shikwekwe < Previous
One on One With Fitness and Nutrition Consultant Mohamed Abdi Next >
Recommended stories you may like: