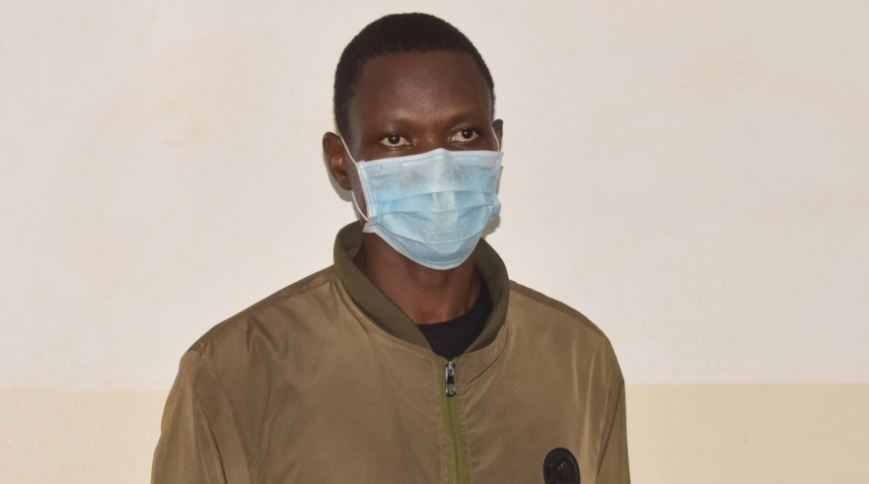 A man from Raila Slums in Kibra, Nairobi Couty has been charged with causing grievous harm to his six-month-old twins.

Fredrick Okello, 24, allegedly inflicted injuries on the boy and a girl after torturing them on July 6 at his house in Raila slums, Kibera in Nairobi.

The court heard that the mother of the infants left them under the care of Okello and went to visit a neighbor. When she returned she found the baby boy writhing in pain.

She tried to ask Okello what had happened, but the accused allegedly assaulted her and locked the house preventing her from taking the babies to the hospital.

The following day, she managed to escape and took the infants to a nearby hospital where it was discovered one of the children had a fractured leg. The babies were referred to KNH where they are still undergoing treatment.

Okello appeared before Senior Principal Magistrate Esther Bhoke at the Kibera Law Courts where he denied the charges.

While opposing cash bail terms for the accused, Prosecution counsel Nancy Kerubo informed the court that one of the twins is admitted in the Intensive Care Unit (ICU).

The magistrate released Okello on a surety bond of Sh500,000 without the option of cash bail.

Former Nairobi County Officials Jailed For Corruption After Wrongful Acquittal in 2018 < Previous
Everything Trending in Nairobi This Thursday Next >
Recommended stories you may like: