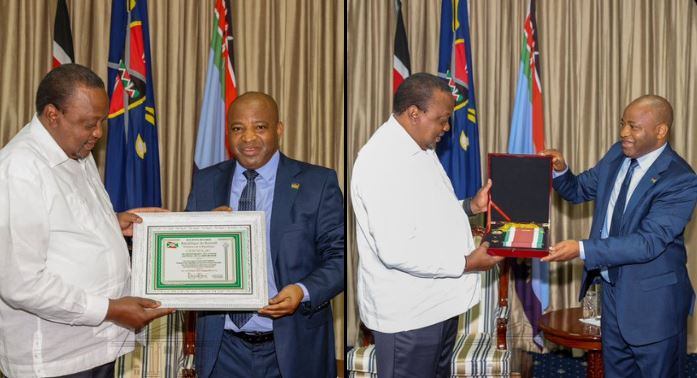 President Uhuru Kenyatta has been honoured for his outstanding role in promoting peace, security and stability in Burundi and the Great Lakes region as a whole.

President Kenyatta received the National Order of the Republic of Burundi, the highest award of honour in the East African nation, at State House, Nairobi on Thursday.

The prestigious award was conferred on President Kenyatta by President Evariste Ndayishimiye during Burundi’s 60th Independence Day celebrations held on July 1st in Bujumbura where Kenya’s Ambassador to Burundi Daniel Waisiko Wambura received it on behalf of the Kenyan Head of State and presented it to him yesterday.

The citation stated that President Kenyatta was honoured for the outstanding role he played in promoting peace, security and stability in Burundi during the political crisis in 2015.

“The important role the Government of Kenya played in successfully campaigning for the removal of Burundi from the United Nations Security Council watch list,” said part of the citation. 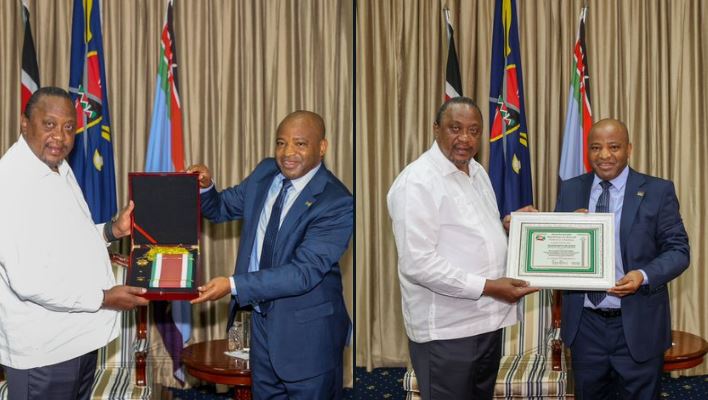 The award further recognised President Kenyatta’s personal support, engagement and solidarity in successfully campaigning to have the sanctions imposed on Burundi by the European Union and other development partners lifted.

Elsewhere, the Global Center on Adaptation (GCA) has awarded President Kenyatta for his leading role in advocacy and resource mobilization for climate change adaptation in Africa and globally.

The President received the prestigious award on Thursday at the University of Nairobi’s Taifa Hall from GCA CEO Patrick van Verkooijen during his inauguration as the Global Champion for the Africa Adaptation Acceleration Program (AAAP). 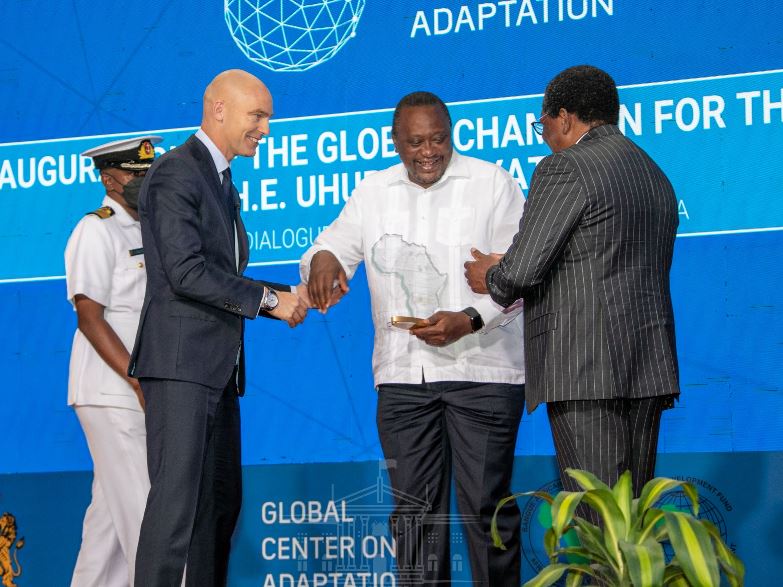 Presidential Aspirants To Go on Ballot Printing Inspection Trip to Greece < Previous
Busia’s Handsome Boy Claims Vera Sidika is his Mother Next >
Recommended stories you may like: