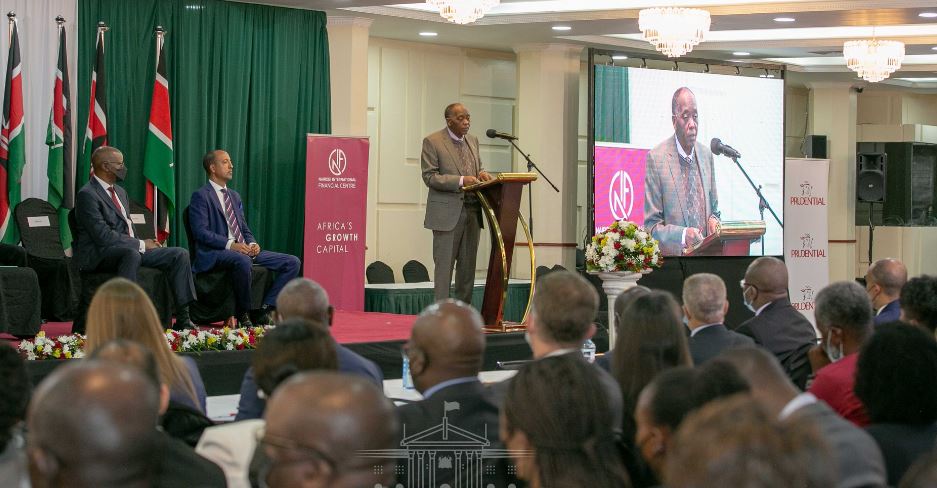 President Uhuru Kenyatta has assured of the Government’s commitment to providing a conducive environment for investment, saying significant strides have already been made towards making the country a dynamic and vibrant economy in East and Central Africa.

“In pursuit of this goal, I can confidently say that we have not only tried, but have succeeded in cementing Nairobi’s pride and place in our journey towards being the international financial services hub envisioned in our Vision 2030,” President Kenyatta said.

The President’s remarks were contained in a speech delivered on his behalf by the Head of Public Service Dr. Joseph Kinyua on Monday during the official launch of the Nairobi International Financial Centre. 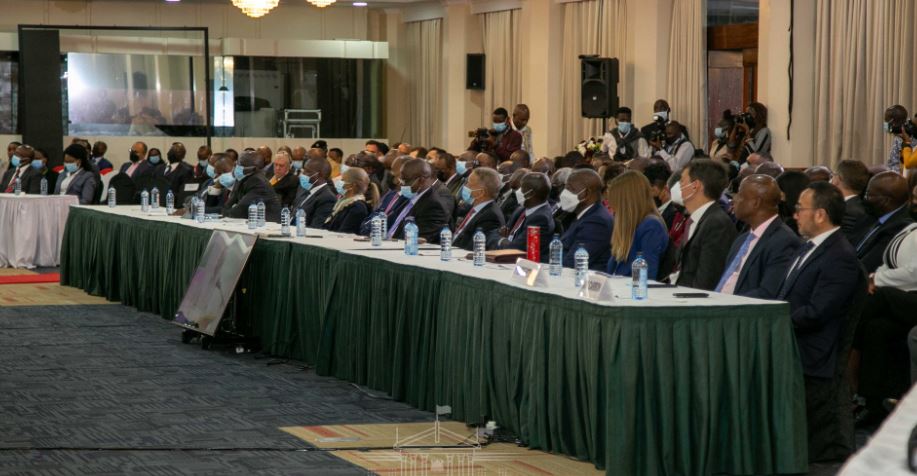 President Kenyatta expressed satisfaction that the Nairobi International Financial Centre has been designed as an efficient and predictable business environment to give more confidence to the large pools of global capital that have been watching Kenya’s progress but not yet taken the decision to invest.

“We know investors have options and we want them to actively choose Kenya.  The Centre has and will continue to play a significant role in promoting the initiatives outlined above to target investors,” President Kenyatta said.

The Head of State emphasized that through the International Financial Centre, the Government will create an ecosystem that supports the financial structuring of business in the country.

The President cited the full automation of business registration services, automation of the land registration processes, adoption of e-payment and e-filling services in the High Court as some of the reforms that have helped to create a conducive environment for businesses to thrive.

“We have similarly automated and streamlined the payment of taxes and redesigned the import and export processes, in order to reduce costs and improve efficiency of our ports,” the President said.

President Kenyatta said the country’s ecosystem of green economy institutions and business innovators have already created momentum through the development of the green bond framework in Kenya. 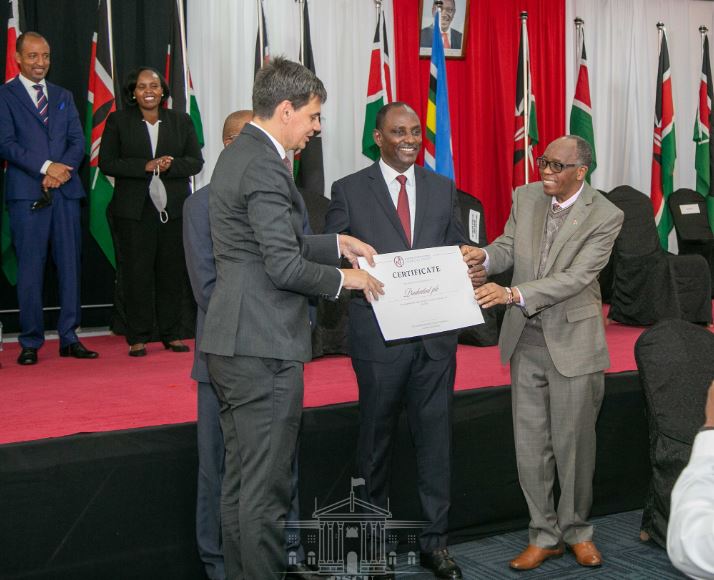 The President noted that the centre’s focus on attracting green financing is also a strategic enabler of the country’s broader green economy strategy, including the development of the green manufacturing capacity by connecting energy-intensive manufacturers to cheaper, renewable sources of energy.

He added that the National Treasury is working closely with key stakeholders to deepen the domestic debt markets and improve pricing and efficiency to reduce the cost of capital for the development of green projects.

“These, among other attractions, provided good reason for Google to open its first African Product Development Centre in Nairobi earlier this year.  Microsoft has already opened a U$D 27 million technology hub in Nairobi.

“In November last year, the President of the European Investment Bank was in the country to officially open the Bank’s regional hub that will cover eleven countries in Eastern and Central Africa.  VISA also opened its first African Innovation Studio in Nairobi,” President Kenyatta said.

He challenged the centre to crowd in investment that would otherwise not have been committed by accelerating the development of a conducive investment framework that supports economic growth.