“Nobody is deporting me…” Wajackoyah Answers Citizenship Questions 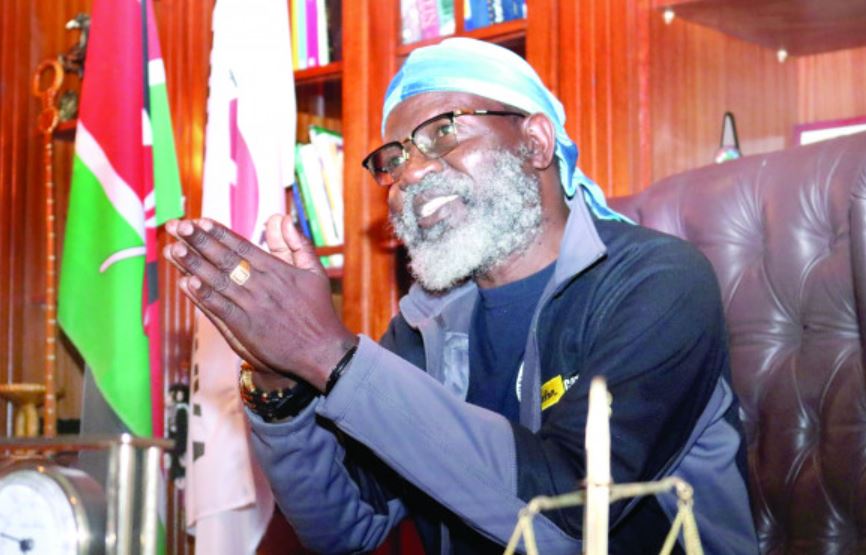 Presidential aspirant Prof George Wajackoyah says he is a Kenyan amid claims he holds dual citizenship.

Peter Gichira, a former presidential candidate, wrote to the British High Commission asking them to confirm if Wajackoyah is a UK Citizen.

In his letter, Gichira noted that Wajakockyah claimed that he previously tried to run for a parliamentary seat in the UK where he lived as a refugee.

The letter was also copied to the Independent Electoral and Boundaries Commission (IEBC) and the Department of Immigration and Citizen Services.

Wajackoyah responded in a statement saying he has never acquired UK Citizenship. He said that did not need one to be able to live in the UK.

“I have never changed my citizenship. They just ought to go to the internet and google. They are wasting their time going to the British Embassy. Nobody is deporting me because I am a Kenyan, born in Kenya with very high epistemology in terms of academia,” he said.

“I have been outside the country. Living indefinitely in a country doesn’t necessarily mean you have to be a citizen. These circus need to read before they write they are wasting their time.”

Gichira’s lawyer said they are still awaiting a response from the British Commission.

“We want the British High Commission to certify and give us answers to first establish ourselves that indeed he is a citizen of the UK,” Stephen Gachie said.

“And we equally copied our letter to the IEBC to put them in the know of what we are doing as well as to the Director General of the immigration services.”

In an interview, Wajackoyah had claimed that he tried to run for a Member of Parliament seat in Tottenham, United Kingdom but was disqualified.

To vie for a seat in the UK, one must be a British citizen, a citizen of Ireland and a citizen of a commonwealth country.