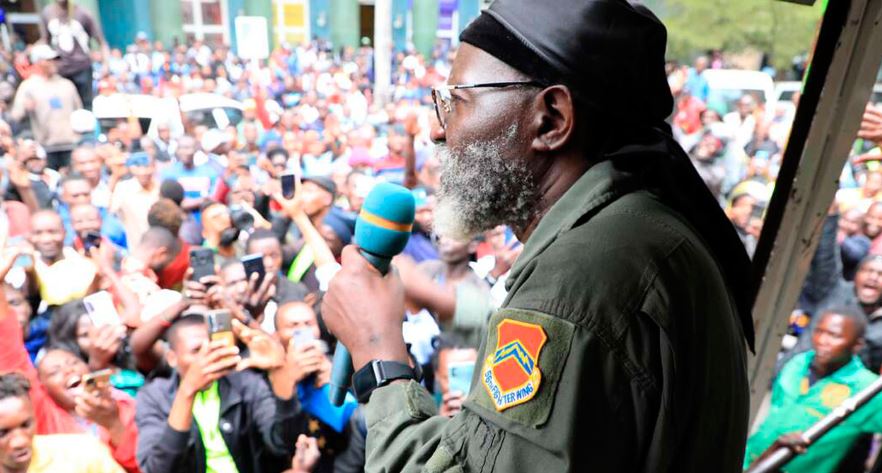 Prof George Wajackoyah has sent a word of caution to some of his supporters who smoke marijuana.

Speaking in Nairobi outside Nation Center on Thursday, the Roots Party presidential aspirant maintained that he is vouching for medicianal marijuana and not recreational.

Wajackoyah said marijuana is still illegal in Kenya and those caught smoking will only have themselves to blame.

Wajackoyah, who has styled his presidential bid on the legalization and commercialization of marijuana, believes it can help the country clear its public debt of 8.2 trillion Kenyan shillings.

The 63-year-old professor who was once a street child and a grave digger in the UK says if he wins the election he will pass laws to regulate the farming and production of marijuana for industrial and medical use, to help solve two of Kenya’s biggest problems – unemployment and ballooning national debt.

According to Wajackoyah, marijuana could earn Kenya more than nine trillion shillings annually, and the government would “never have to borrow a single coin” again.

“Western countries have legalised bhang [marijuana]; why shouldn’t we?” he posed.

Waackoyah said he has never smoked weed but would be the first person to do so in celebration if Kenya legalised it.

“There is nothing wrong with smoking it when it is legalised and the regulatory bodies have approved for it to be smoked,” he said.