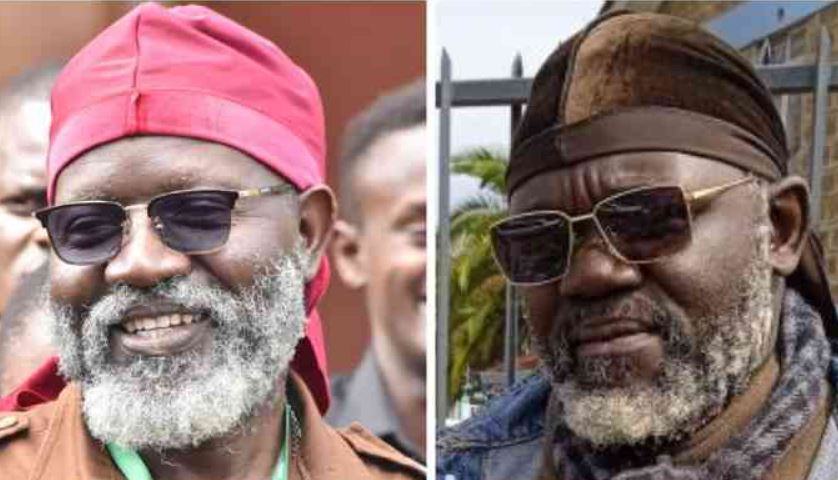 Thanks to the fast-approaching General Election, a once little-known man is now a national sensation thanks to his uncanny resemblance to the Roots Party Presidential Candidate Prof George Wajackoyah.

Until a few months ago, before the little-known Wajackoyah stormed the Kenyan political scene and took it by storm, Gordon Otieno Owino was just another bodaboda operator plying along Ngong Road.

The man from Oyugis, and who led a quiet life in Kibra, burst onto the online scene after someone filmed him riding his bodaboda and shared the video online.

Boasting a full grey beard and clad in Wajackoyah’s signature durag and dark glasses, many would have been forgiven to believe that the man in the viral video was the learned professor of law.

That was until the doppelgangers met at Wajackoyah’s office last weekend and Kenyans got to know more about him.

“It was a big surprise for Wajackoyah. When I went to meet him, he was really excited and laughed sarcastically. He was in stitches,” Gordon said of their meet-up.

He said they even pranked Wajackoyah’s running mate Justina Wamae, who for a moment didn’t know that she was talking to Owino.

“Professor was hiding somewhere and Hon Justina started addressing me as if I was Wajackoyah, she was shocked to realise I was not Wajackoyah,” he narrated. 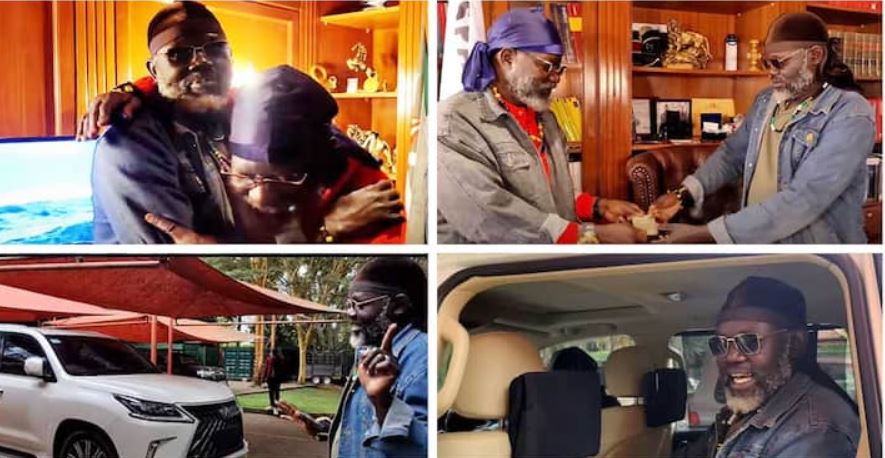 Gordon confirmed that Wajackoyah gifted him an expensive gold-plated watch and a wad of cash.

“It is true he gifted me a watch and said it was an expensive one and that he rarely gives such gifts to anyone because he likes collecting watches from different countries,” he said.

Owino also noted he subscribes to Wajackoyah’s ideas and supports legalisation of marijuana if it can boost the economy.

“Growing bhang for commercial purposes and rearing snakes are good ideas. Let us do snake farming, sell its skin and venom. I totally agree with Professor Wajackoyah unlike other aspirants,” he said.

“I have never smoked or dealt with bhang, but I support Wajackoyah’s thoughts about the legalisation of marijuana if it has a lot of economic values,” he added. 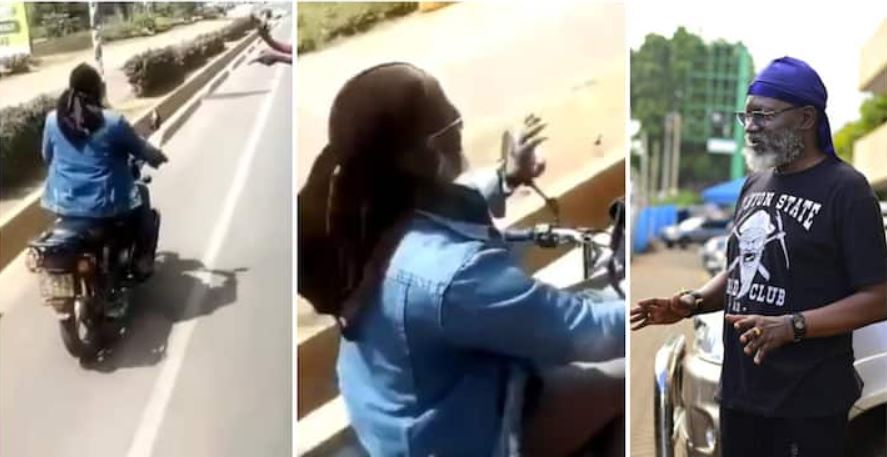 Speaking on his newfound fame, Owino said whenever he stops in public people mill around him. Some call him Wajackoyah and ask for money or weed in exchange for their votes.

“When people started calling me Wajackoyah, I accepted because they insist I’m the real Wajackoyah,” Owino said.

“I’ve been a rider for four years. Sometimes fellow riders follow me thinking I am on the campaign trail. People stop me promising votes and others ask for money.

Gordon Owino hopes his association with Wajackoyah will change his life. The Roots party aspirant said he would take Owino on his campaign trail.

“I have accepted the name and I hope it will bring good tidings my way, even though in some instances the followers block my way,” Owino noted.

“Mkishikwa Shauri Yenu…” Wajackoyah Warns Weed-smoking Supporters < Previous
Get Used to Ruto, You’ll See Him for Next 40 Years, Kenyans Told Next >
Recommended stories you may like: