I’ll Be on the Ballot: Defiant Sonko Reveals Next Move 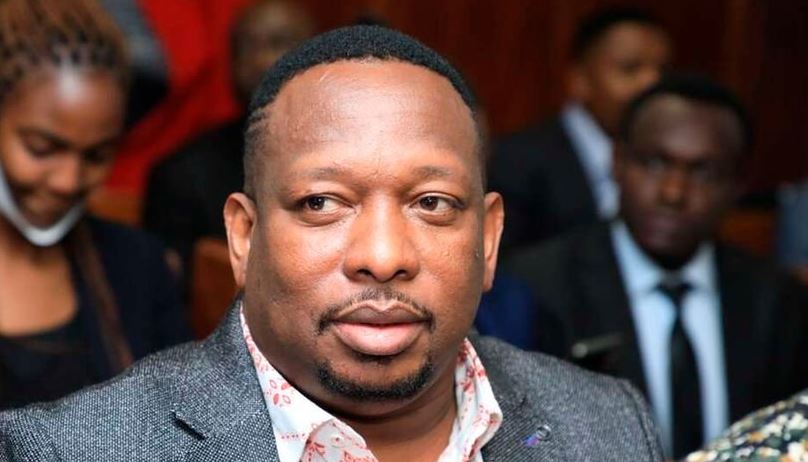 It appears Mike Sonko’s goose is not yet cooked, with the former Nairobi Governor taking steps to counter the Supreme Court ruling that upheld his impeachment.

Sonko insists he will be on the ballot to contest the Mombasa Governorship, and he has since filed for a review of the Friday, July 15 ruling.

Noting that Kenya’s Supreme Court is not his last line of defense, Sonko has crossed borders in search of justice. The businessman has filed an appeal at the East African Court of Justice in Arusha.

“We have filed for a review before the same Supreme Court and we have also filed before the East Africa Court of Justice,” he added.

“They have infringed on my rights and that is why we have filed for a review. All I want is a fair hearing and fair trial so that I can get justice,” Sonko said.

“This is about my life and I cannot let one person ruin my political life. I deserve justice and I don’t think I have been given that in Kenya and that is what I will fight for in the East Africa Court of Justice.”

Sonko held that CJ Koome should not have sat on the seven-bench panel that decided his political fate.

“The Chief Justice was hosted in one of the radio stations where she was categorical that I should not be on the ballot because I was impeached. By this fact alone, she should have recused herself from determining my fate,” Sonko argued.

“She shouldn’t have been part of the bench regarding my matter because already in her mind she had made an opinion that Sonko shouldn’t be on the ballot.”

Sonko also questioned how quickly the case was determined just two days after IEBC cleared him to be on the ballot.

He argued that the ruling was unfair since his legal team was denied sufficient time to file evidence as his appeal was heard in one day.

“I will be on the ballot. This matter is not yet over. People think that the Supreme Court is the last place to get justice but I am also heading to the East African Court of Justice,” Sonko said.

Funny Tweets by Kenyans on Twitter for your Monday Blues < Previous
Emmanuel Katto Thinks Kenya Safari Rally Is One Of The Toughest In The World Next >
Recommended stories you may like: