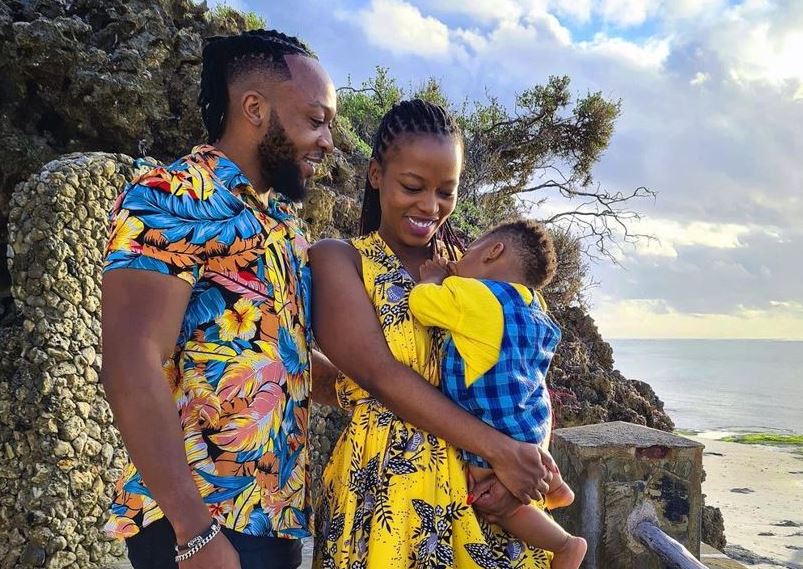 “To her, love had a condition that when you come to show me love, it means you need something from me. So even when I would show her unconditional love, she would try to find the condition,” he explained.

“The two ladies I have been with, they didn’t have the father figure. This is something even Corazon and I have talked about. She’s never had a father figure. Dad wasn’t really there full time, for example. So when the dad would come around, he would be asking her for something,” he said. 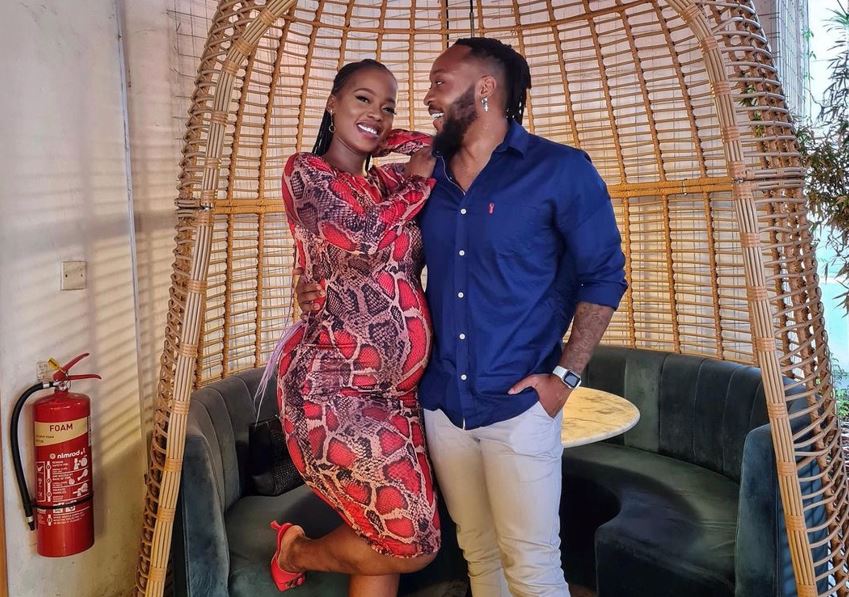 Frankie also said he broke up with Corazon for the sake of their children.

The father of four however said he is in a good place with Corazon and they speak to each other on a daily basis.

When asked which of his exes he would get back with given a chance, Frankie chose Corazon.

Frankie also opened up about his regret following his nasty public breakup with Maureen.

“I regret when we went our separate ways, I didn’t take time to treat Maureen like a baby mama, nilimtreat kama girlfriend and that was the issue. As a baby mama I should have understood that she has given me kids and these kids need a mother that will support them properly,” he said.

Meanwhile, Corazon clearly didn’t take kindly to Frankie’s remarks. She posted a number of posts on InstaStories that seemed to be about Frankie.

One reads: “Imagine telling someone things in private and confidence with full vulnerability then they use if for clout. #BeenDone.”

Here are some of those posts 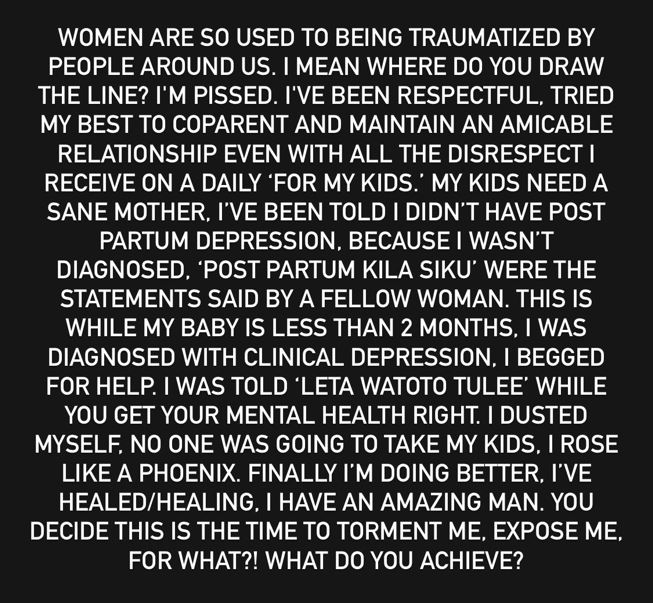 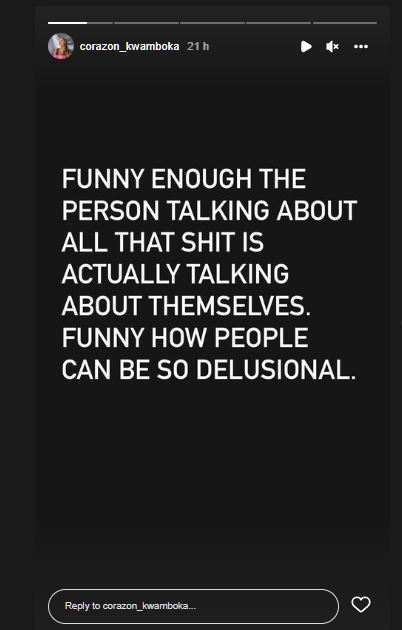 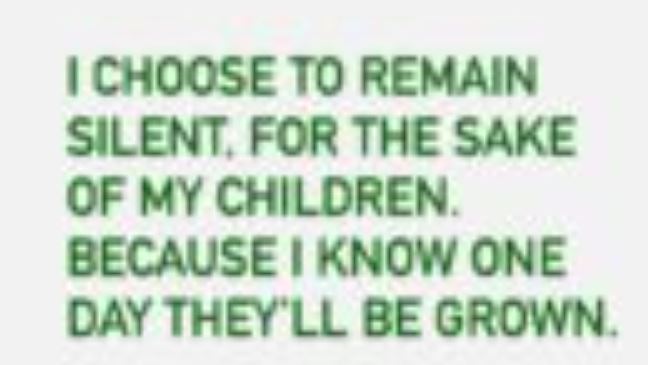 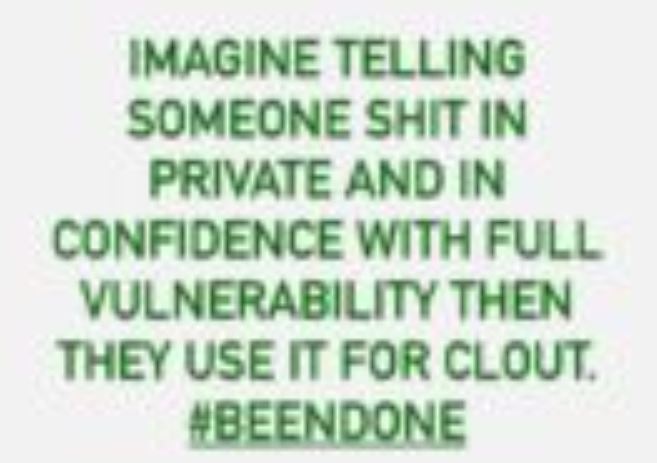