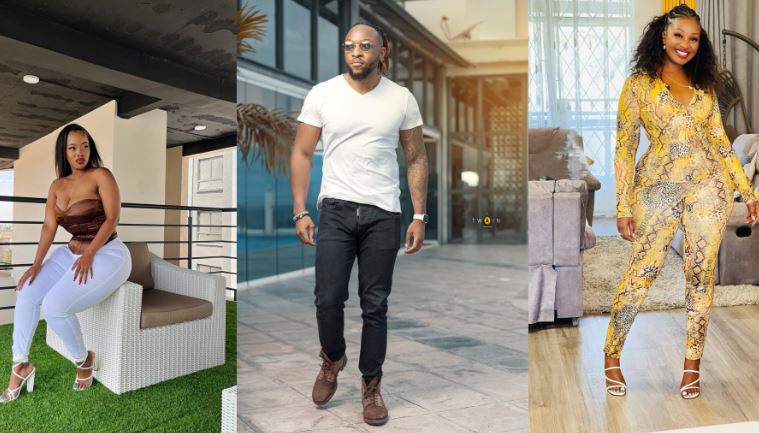 Gym instructor Frankie Just Gym It has expressed remorse for his recent utterances about his ex-partners Maureen Waititu and Corazon Kwamboka.

In a recent interview, the popular content creator spoke about his failed relationships with the two, revealing that they lacked father figures.

Frankie now says he was wrong for publicly disclosing information shared with him in confidence.  He apologised to Corazon and thanked her supporting him despite the circumstances that led to their break up.

The fitness instructor also mentioned that he is grateful to Corazon for allowing him access to their two kids.

“Corazon I have loved you for a long time and will always do. It is unfortunate that things didn’t work out the way they were supposed to. One thing I’m grateful for is that you still allow me access to the kids. “You always support me and I will always support you and for the situation that happened before, I fully apologize, that was not something that I should have mentioned, I hope you feel better and I love you,” he said.

To his other mother of their two children, Frankie apologized for how he treated her after their breakup. He said if he had handled the situation better, Maureen would have probably let him see their children.

“Maureen I’m definitely sorry for putting you through what you went through in terms of trying to cut you off. I should have treated you as the mother to my children instead of just someone I was with. You are special to me and to our children and you will always be valued,” he said.

“My mistake was I wanted to cut her off but I wanted the kids but I didn’t understand they come as a package. I believe if I had handled the situation better today I would be able to see my kids.”

Ringtone Reveals New Secular Stage Name and Rate Card For Club Performances < Previous
Why Charlie Karumi Quit Homeboyz Radio Job and Moved to Canada Next >
Recommended stories you may like: