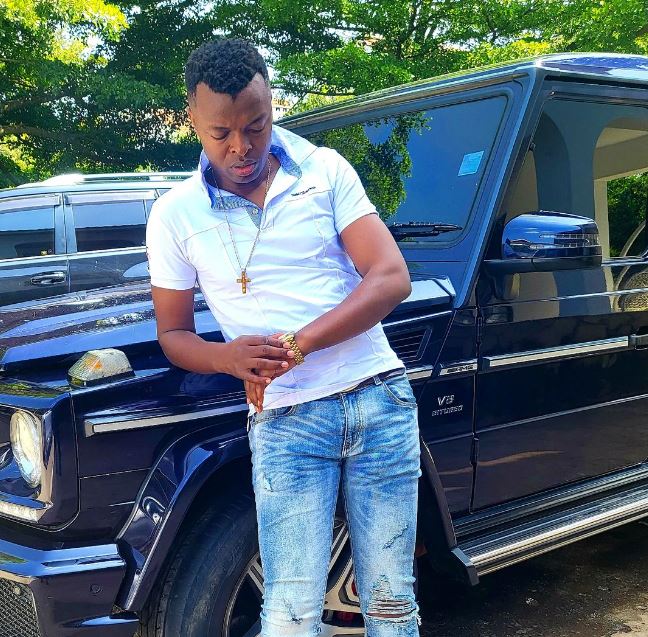 Two weeks after he announced he had quit the gospel industry, singer Ringtone Apoko has now changed his stage name.

Mr Apoko will now be going by the brand name Ringtone Blington KE. He says the name is inspired by his new and expensive dress code.

“My expensive pieces of jewellery will be my identity,” he added.

Ringtone has also revealed he will be charging 500k for club appearances and Sh1 million for performances.

“I am an expensive artiste and Kenyans want to see me perform for them,” he said.

“Just research and see where I have performed before. I used to perform in church and crusade concerts, but I have not performed in clubs.”

Ringtone is also expected to drop his first secular song this week.

“The song is called ‘Mpenzi pamoja’. I wrote the song and I am hoping I will get someone to love me since I am now singing love songs,” he said.

My Life is in Danger, Bahati Cries < Previous
Frankie Just Gym It Apologizes To Baby Mamas Corazon and Maureen Waititu Next >
Recommended stories you may like: