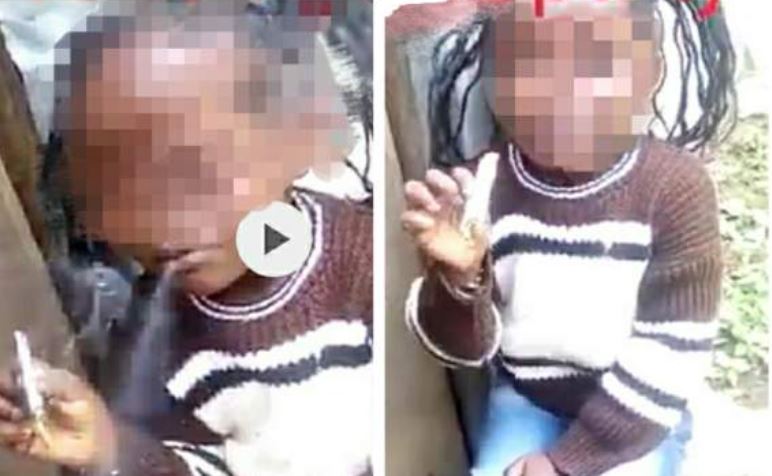 A viral video showing a child smoking suspected marijuana is the subject of a tough warning from the police to Kenyans.

In a statement Thursday, the National Police Service (NPS) noted that the language used in the clip seemed to confirm that the minor was smoking marijuana.

“Attention of the NPS is drawn to a circulating disturbing and gross video clip on social media depicting an underage child seated comfortably smoking what may be clearly interpreted as a prohibited substance commonly known as “bhang.” The language used in the clip seems to confirm this suspicion, given that reference is made to an ideology propagated by a section of the ongoing politics,” the NPS wrote.

The police condemned the adult/s behind the video saying their actions are punishable by law.

“…of extreme concern is the fact that the act and its filming seems to be done by either an adult or adults, all unperturbed by what is transpiring. This is not only wrong and immoral,and infringing on rights of a minor by adults, but outrightly criminal and punishable by the law.”

Further, police warned Kenyans against spreading the video saying they would be abetting the violation of the rights of the minor.

“Those spreading the clip are also abetting the violation of the law and rights of the minor,and should “cease and desist”from onward transmission of the same. NPS is therefore appalled, and wish to advise the public not to openly engage in acts that are defiant of the law. Equally, violations of rights of children, especially minors constitute a criminal offense and our teams are investigating the matter in an effort to bring the suspects to book,” NPS said.

Igathe Promise To Nairobi Learners If Elected Governor < Previous
Two JKUAT Students Die By Suicide After Failing to Graduate Next >
Recommended stories you may like: